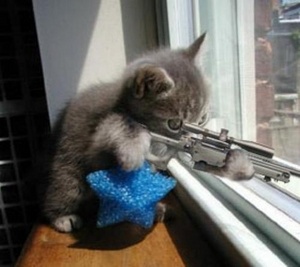 Paloma and I killed most of a Saturday afternoon several years ago sucked into a Discovery channel marathon of the series Survivorman.

For the uninitiated, the show starred a fellow named Les Stroud who would place himself in precarious situations – stranded in remote, Canadian wilderness or adrift, alone, in the ocean – and videotape his efforts to not perish.

Then came Man Vs. Wild starring Bear Gryllis, with a similar premise.

Paloma immediately championed Bear mostly as he could be her brother’s doppelganger.

(the only difference between the two is, essentially, a British accent)

Bear was some British ex-Special Forces character. His country had invested considerable amounts of cash to train him to survive dangerous situations and perform feats of derring-do.

I couldn’t relate to Bear’s skills, panache or accent, but I could empathize with Les as he failed to trap a rabbit to eat or had a tantrum, bitching about his self-inflicted predicament.

(of course, Paloma and I were both puzzled by Les’ need to take his clothes of in almost every episode no matter how frigid the conditions)

There were moments when I’d watch Les and think that I wouldn’t be surprised if he failed to live up to his show’s ambitious title.

I’ve been thinking of Les the past couple days as, in essence, I am in the midst of a personal Survivorman situation.

Paloma has taken a trip to visit her mother and Bear Gryllis-doppelganger brother, leaving me to fend for myself. It’s the first time we’ve been apart in quite some time.

Now, I’ve often lived on my own, so there is little likelihood that I will have to snare a rabbit as there are a number of pizza places a mere seven digits away who will bring me sustenance.

I will have to make coffee and, I must confess, the coffee maker baffles me, but I should be able to manage.

No, the concern is our animals, four cats – Sam, Pizza, JuJu, and Ravi.

I am fond of this feline quartet and they are fond of me.

However, the four of them hang on each move Paloma makes. If, for some reason, she isn’t here when they expect her to be, chaos ensues.

(chaos consisting of much confused milling about)

Oh, it might seem like a peaceful protest, but these things have a tendency of late to mushroom and I have the proof as I watch the images being beamed from Cairo.

I have legitimate concerns that, when nightfall arrives and Paloma is absent, things could get ugly.

It is said, though, that music soothes the savage beast and Paloma has long insisted that Sam, the eldest in the menagerie, has a fondness for ’70s light rock (especially the trio America).

So, here are four songs from Billboard magazine’s easy listening chart for this week in 1978 that I hope will quell any uprising…

I had to check Player’s Wikipedia entry to see if I even knew another song by the group aside from the mammoth Baby Come Back. I did recognize their other Top Ten hit, This Time I’m In It For Love from later in ’78.

The breezy Baby Come Back is the one that everyone remembers, though, and the song has gained new life in recent years through its use in television commercials.

I didn’t see the movie The Goodbye Girl, though I did recognize Richard Dreyfuss in the television commercials as Roy Neary from Close Encounters Of A Third Kind.

Mostly, I remember seeing Quinn Cummings, a child actress who was my age, on some afternoon talk show – Mike Douglas or Dinah Shore – promoting the movie and being quite smitten.

I’m strangely ambivalent about Billy Joel. If you asked me if I liked Billy Joel, I’d probably shrug and say something like, “He’s OK.”

But when I do hear one of his songs, I’m surprised at how often I pause, mentally list his songs in my head, and realize that the guy does have some truly fantastic tracks in his catalog. The smooth Just The Way You Are wouldn’t be on my list of favorites by Joel, but it’s pleasant enough.

Such a phenomenon was the movie Saturday Night Fever and its accompanying soundtrack that it was one of the few albums I owned at the time. I had little interest in music in ’78, but someone had given it to me as a Christmas gift.

Of course, even though I hadn’t became interested in music, yet, I was still quite familiar with the handful of Bee Gees’ hits from Saturday Night Fever. I was also familiar with the dramatic If I Can’t Have You which, though sung by Yvonne Elliman, was penned (and produced) by the brothers Gibb.