Has This Ever Actually Happened? (and, if so, why isn’t the music of Motown at the heart of our foreign policy?) 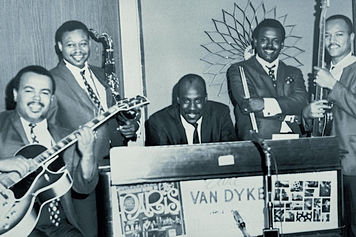 One recent evening, I was channel surfing and stopped on Remember The Titans. If you are unfamiliar, the flick, based on a true story, is set in the first few years of the ’70s and chronicles the integration of a high school and its football team.

It’s not a bad movie, a bit formulaic, but I thought Denzel Washington nailed his role as the coach. He certainly carried himself as coaches for whom I played did.

Of course, it had an excellent soundtrack, drawing on iconic stuff like CCR’s Up Around The Bend, Norman Greenbaum’s Spirit In The Sky, and Marvin Gaye’s I Heard It Through The Grapevine.

(OK, there are more iconic Creedence songs than Up Around The Bend, but is there a more underappreciated great American band than Fogerty and company?)

At one point in the movie, there was a scene were the tension on the football team is diffused when several players broke into song (something by the Temptations, maybe, I don’t recall).

Though I can’t think of something specific, the scene had a sense of déjà vu. I know I’ve seen Motown used to bring the people together onscreen.

And, in the real world, a lot of folks credit the popularity of the music from Berry Gordy’s label in its heyday as helping to bridge racial, social, and generational divides.

But, watching Remember The Titans, I couldn’t help but wonder – has there ever been an actual, documented instance where a group of disparate souls suddenly broke out into song and, through the communal singing of a Motown classic, found common ground?

Because, if it has, we need to take advantage of this phenomenon.

Let’s drop thousands of boom boxes filled with Supremes cassettes into Israel and the Palestinian territories.

Let’s lock all concerned parties discussing Iran’s nuclear program in a room, giving them nothing but food, water, and a stack of Martha Reeves & The Vandellas’ 45s.

Let’s equip the helicopter gunships in Afghanistan with speaker systems like in Apocalypse Now, but, instead of Wagner, we have them blasting Stevie Wonder.

Hell, let’s have every radio station here in the States pump out the hits of The Jackson 5 until everyone realizes that, no matter what differences we might have, everything’s better when there’s a catchy hook and infectious melody.

It’s not such an insane idea when you observe the never-ending squabbling that passes as problem solving these days.

Years ago, I had the good fortune to speak with Jack Ashford, percussionist for the legendary Funk Brothers (pictured above), the Motown house band which performed on most of that label’s hits from 1959 through 1972. He was championing a friend’s band for whom I was writing a bio and they wanted me to include a quote or two from him.

It was brief, but it was probably one of best ways I’ve ever spent half an hour. So, to do my part to help everyone get along, here’s a quartet of Motown classics featuring performances by Ashford and his funk bretheren…

from Signed, Sealed, and Delivered

from What’s Going On