The first time I visited the nation’s capitol was with a buddy. His friend’s band had played the night before in Philadelphia and we were still sobering up – a condition we quickly set to rectify with a few pre-gig drinks at a bar in Georgetown – when we arrived in D.C.

The fact that the friend’s band had a tab at the club – The Bayou, I believe – necessitated that we continue to drink. By evening’s end, I was blissfully ignorant of the impending pain I had booked for the following day.

There wasn’t a convenience store.

There wasn’t a Waffle House.

Arriving at our hotel, we realized that there was no consensus on what our room number was.

I did the honorable (and least intelligent) thing, wandering off into the night in a city where I had never been, squiffy and in search of food. I picked a direction and went with it, but I soon realized that things were looking progressively dodgy with each block I went.

I considered the idea of turning back when I saw it – a gaudy, neon oasis in the form of a ramshackle liquor/convenience store.

I entered, procured goods – an armload of salty, crunchy things and chocolate, caramel items – and got in line. It was a sketchy collection of ne’er-do-wells with darting eyes and, I suspect, concealed weapons.

Feeling a presence, someone else joining the processional march to the register, I turned slightly. There stood a petite, black woman wearing nothing more than a black thong under a see-through, thigh-length plastic raincoat.

She introduced herself as Tweety and a friend, wearing red go-go pants, as Simone. Tweety shattered the vacuous stupor of the crowd as a bunch of boggled-eyed men leered through bleary orbs.

She chattered away as we shuffled along, nearing the counter.

The gruff, indifferent clerk who seemed to be wishing for death looked up and over my shoulder. He was staring at Tweety and Simone.

“Uh-uh,” he grunted, shaking his head side to side under a mop of wiry, grey hair. It was obvious that he wasn’t pleased with their presence – competition for dollars, I suppose.

“I told you,” he said firmly. “You can’t be in here…not without shoes.”

I looked down and Tweety was, indeed, barefoot.

Kate Bush was an artist whom I had read about for several years before I actually heard her music. Then, the gloriously hypnotic Running Up That Hill became her lone hit single here in the States and I purchased its parent album The Hounds Of Love.

I fell hard for the quirky and eclectic singer and worked backward through her weird and wonderful catalog. And, then, I learned of how being a Kate Bush fan required great patience as there would be lengthy waits between the arrival of future albums.

Personally, I lost patience and haven’t given as much attention to her few albums since The Red Shoes, an album that I enjoyed, though it didn’t dazzle me. The title track was one of songs I favored, a frantic tale of a dancer and a pair of enchanted shoes.

Paul Simon had already reached his commercial peak – both with Garfunkel and solo – by the time I truly began listening to music. I knew little of his catalog aside from his more popular hits when Graceland was released.

I had just started college and a musician living a few doors down from me lavished Graceland with praise. It would take a few months, but a raft of rave reviews and a video featuring Chevy Chase led to the album blowing up, making Ladysmith Black Mambazo a household name, and giving Simon’s career a second wind.

The same dorm mate who sang the praises of Graceland to me was equally smitten with Tom Waits’ Frank’s Wild Years. In the past twenty-five years, I’ve become no more than casually acquainted with the gravelly-voiced troubadour’s work, but I have heard enough to think that Tweety and Simone wouldn’t be miscast in one of his songs.

After a commercial resurgence in the late ’80s, Cheap Trick’s career was in another lull which is why most folks likely never heard lead singer Robin Zander’s self-titled, solo debut from 1993.

That’s unfortunate. Though Robin Zander wasn’t in the same league as classic Cheap Trick albums from the ’70s, it is Robin Zander, the man my buddy The Drunken Frenchman once dubbed the “second best rock singer” (after Eric Burdon). 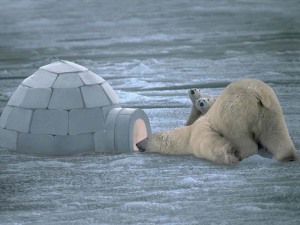 Long ago I noticed that there seemed to be a significant portion of visitors to this outpost of mental noodlings arriving from the upper Midwestern US and parts of Canada.

I’ve also realized that I often frequent the writings of folks from from those same parts of the planet.

Having grown up in the American Midwest, I suppose that there is some common ground – similarities in temperment and mindset – that makes for more likely connections. Scientifically speaking, birds of a feather…

During our most recent trips to my homeland, I have noted to Paloma that the locals, who usually impress her with their considerate manner, are “charmingly bland.”

Before the hate mail arrives, by charmingly bland I mean that there is a down-to-earth, no-nonsense vibe that I find refreshing and endearing. Everyone’s temperature seems to be set a bit lower.

I’ve not been to places like Minnesota or Wisconsin, but based upon the folks I’ve known from these locales, that vibe seems to be even more profound, more deeply engrained and pronounced.

And the Canadians I’ve known through the years have mostly lived up to their nation’s reputation of being affable and good natured to the point of arousing suspicion.

So, if I truly am drawing a disproportionate amount of traffic from those residing north of the 42nd parallel, I’ll take that as keeping good company.

Of course, the image above isn’t an actual representation of the places to which I refer, but a good buddy from college who hails from Brainerd has told me that he and his fellow Minnesotans like to perpetuate the myth of their homestate as an Arctic tundra.

“It helps keep the riff raff out.”

I’ve often sung the praises of music from Canada, so I thought that I’d see what acts hail from Wisconsin and Minnesota. I knew that there were plenty from the latter – even if you limit it to ones from the ’80s – but I was surprised tha there were also a surprising amount from the former.

So, here are a two pair of songs from acts with ties to those states…

After a commercial resurgence in the late ’80s, Cheap Trick’s career was in another lull which is why most folks likely never heard lead singer (and Wisconsin native) Robin Zander’s self-titled, solo debut from 1993.

That’s unfortunate. Though Robin Zander isn’t in the same league as classic Cheap Trick albums from the ’70s, it is Robin Zander, the man my buddy The Drunken Frenchman once dubbed the “second best rock singer” (after Eric Burdon) and I’ve Always Got You is a bit of catchy power pop.

In 1991, Butch Vig had made his way from Viroqua, Wisconsin to become the toast of the rock music universe as the producer behind Nirvana’s landmark album Nevermind and Smashing Pumpkins’ Gish.

Though he continued to be an in-demand producer, he soon put together a new band of his own (following earlier short-lived efforts with Spooner and Fire Town.

I’d adored Blondie in my teens and, a decade later, Garbage filled a void that had been left when Blondie split up, becoming one of the finest alternative rock acts of the ’90s. I quickly embraced Garbage’s debut and loved their first few albums before losing track of them.

And now, two for Minnesota…

Paloma and I spent innumerable hours listening to Tomorrow The Green Grass, the third record by the alternative country-rock band The Jayhawks. Though the group never really broke beyond having a devoted grass-roots following and a slew of swooning critics, the Minneapolis quartet was beloved at the record store where we worked at the time.

I’d Run Away has always had special meaning to us and had everything we’d come to expect from The Jayhawks – stellar songwriting and musianship delivered in an exuberant mixture of country, folk, and roots rock.

The parents of one of my best friends in high school had attended the University of Minnesota and claimed to have known Hibbings-native Bob Dylan during his brief stint at the school.

(closer to now, Paloma’s mom gets giddy at the mention of the troubadour)

As for Dignity, supposedly the shuffling song was inspired by the late, great Pete Maravich.

As I believe I have mentioned in an earlier entry, Paloma and I will soon be attending her family reunion where I intend to grill her father and grandfather – both retired Air Force colonels – about our government’s knowledge of extraterrestrial life. As such is the case, I’ve been thinking about the aliens much of late.

Seeing the the movie Close Encounters Of The Third Kind was a dazzling experience of sight and sound for me as a child. Of course, aliens have a particular allure to children, young and old. It wasn’t until I was older and had fallen in love with music that the means used to communicate with the visitors truly resonated with me.

I still find it wholly brilliant and a lovely concept that music would be the conduit between humans and whatever beings that might exist in distant worlds. Although the movie incorporated a five-note sequence based on the teachings of Zoltan Kodaly, I wondered what might be the one song I’d play for extraterrestrials to explain the concept of rock and roll – four minutes of sheer perfection exemplifying the form.

I believe I’d be inclined to play Cheap Trick’s I Want You To Want Me for them.

In fact, I wouldn’t be hesitant to declare that Cheap Trick is one of America’s greatest rock bands. No, I’m not speaking from a standpoint of influence or artistry (although they have been influential and have had moments of great artistry, although maddeningly erratic), but rather from the position that they might be as close as this country has come to producing our own Beatles – guitar, bass, drums, and four distinct personalities with a cache of classic songs that sound perfect blaring from the stereo.

I Want You To Want Meis a flawless example – a divinely glorious cacophony of Rick Neilsen’s guitar riffs, the sonic drive of the rhythm section of Tom Petersson and Bun E. Carlos, and the peerless vocal charisma of Robin Zander (accompanied by several thousand manic Japanese fans). It’s simplicity at its finest and a melody of the sweetest imaginable, a song that manages to capture the joyous exuberance of rock and roll and the timeless theme of longing, leaving the listener wanting more (at least this one and several thousand manic Japanese fans).

I think the aliens would get it. I think that they’d dig Rick Neilsen, provided that he didn’t beat them up – a fate that I once felt certain awaited me following a possibly ill-advised remark I made in defense of my cigarettes (somewhere I have a pack autographed by all four Tricksters).

Yeah, I think that Cheap Trick might just be the way to go if we want to promote intergalactic goodwill when the aliens finally arrive. They might not have the grace and elegance of those five notes from the movie, but if you’re going to do bong hits with E.T., I suggest Cheap Trick.

So, here’s to alien life everywhere and, as my new-found friends would certainly be smitten with Cheap Trick after hearing I Want You To Want Me, I’ve included another three of my favorites by the lads from Rockford.

Cheap Trick – If You Want My Love