And Then There Was Maude 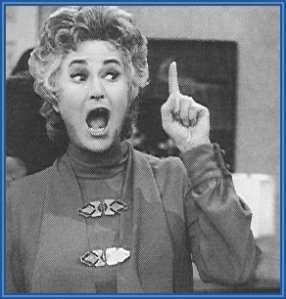 So Bea Arthur has moved on. She was 86 and she had a good run – as good as a human could hope (I would think).

I wasn’t even yet in grade school when she showed up as the title character in the television show Maude. As JB astutely notes, the show did have one of the funkiest themes of all time. Even at four or five, I knew there was something about it.

The show was incredibly topical, or so I’ve read. The subjects that the show addressed – abortion, racism, alcoholism – were not on my radar. I remember watching the show as a kid, but I had little idea what most of it was about.

I’m sure that I was amused by Maude’s brassy persona and sarcasm.

And I do most definitely remember Adrienne Barbeau.

Like Donny Hathaway’s theme and Maude herself, there was something that I found compelling about Adrienne Barbeau (even if I didn’t quite understand it).

So, bon voyage, Bea. You seemed like swell dame.

Some of the songs that were hits when Maude debuted in September, 1971…

Paul McCartney – Uncle Albert/Admiral Halsey
I don’t recall hearing this song in 1971. If I did hear it, it didn’t register.

It is a wonderfully jaunty little tune. I mean, would it be considered a shanty?

What makes a song a shanty – a certain musical style or lots of nautical references? And with the Somalian pirates making headlines (or are they losing their audience?), could shanties be the grunge of this decade?

John Denver – Take Me Home, Country Roads
I do remember John Denver on the radio and he was one of the first acts to catch my ear. Of course, those television specials were some of the first music performances I probably viewed. At the age of five, this long-haired fellow in the floppy hat, traipsing around the Rockies with bear cubs and denim-clad hippie chicks was, in my mind, The Man.

I still love Take Me Home, Country Roads. Every time it pops up on shuffle Paloma and I wonder if Emmylou Harris sings on the song (and, each time I make a mental note to research that and, each time, I forget).

The Carpenters – Superstar
Like John Denver, The Carpenters hits in the early ’70s are some of the first songs I vividly remember hearing on the radio. If I had to make a short list of favorites by the duo, Superstar would most definitely be on there.

As someone who listens to a lot of music, I probably should receive demerits for not knowing songwriter Leon Russell’s version (actually, I confess to not really being familiar with Russell at all (although I’m sure I’ve read about him at Whiteray’s blog).

All of that aside, Superstar is pretty glorious.

The Doors – Riders On The Storm
Even though Jim Morrison had been dead for well over a decade, The Doors were one of the bands among most of the students in my high school. The band’s hold was taken to an extreme by two sisters who were rather adamant that they were illegitimate hatchlings of The Lizard King.

Apparently, it was the last song that The Doors recorded as a band, from sessions in December of 1970. Three months later, Morrison would move to Paris.

Riders On The Storm would have to be considered one of The Doors’ signature songs and it is one cinematic trip.