That’s All For Everyone 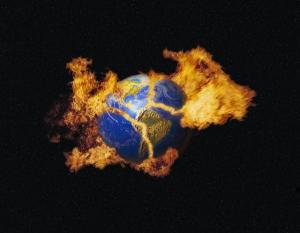 There’s been a lot of calamity here on Planet Earth of late. Channel surfing is an exercise in slaloming through the carnage of twenty-four hour news networks.

I stopped on The Learning Channel to, you know, learn something other than how soon we’ll all be jobless, money will be worth nothing and everyone will be using jellybeans for currency.

Instead, I got talking heads and CGI graphics obviously designed to frighten the women and children about the Mayan calendar and this day.

Apparently today is when the Mayans return from the dead to snack on people like it’s The Walking Dead.

(OK, that’s not really what these experts were prognosticating, but, ten minutes into the show, I lost interest and started thinking about toast)

Summoning all my strength, I was ready to engage the remote for something less dire that I could ignore. Unfortunately, I was a split second too slow and I was soon sucked into a commercial for Coca-Cola.

Essentially, the clip acknowledged the trouble times with the assurance that, as long as there was Coke, everything would be fine.

So, it appears that all shall be well. And to think, the Mayans might have gotten away with it if it hadn’t been for those meddling cola barons.

Soundgarden was a mixed bag for me. Some of it was simply too sludgy. Chris Cornell’s vocals invariably made things worth the price of admission, though.

Following the dissolution of Soundgarden, but prior to his fronting the remainder of Rage Against The Machine under the moniker Audioslave (and the subsequent reunion of the former), Cornell issued several solo albums leading off with the fine Euphoria Morning.

The sparse Preaching The End Of The World is suitably somber and driven home by Cornell’s powerful pipes.

Chicago’s Veruca Salt became alternate rock darlings in the mid-’90s with their cleverly-named debut American Thighs before imploding three years later with the follow-up. The band soldiered on, but Gordon exited.

Her solo debut had a more mature and more mainstream vibe to it. I haven’t listened to it in years, but I seem to recall finding most of it ridiculously catchy.

Gordon’s update of Skeeter Davis’ ’60s weeper makes me think that The Bangles would have had a massive hit with the song during their heyday.

I first heard U2 with 1983’s Warand bought Live Under A Blood Red Sky on cassette when it was released that autumn. I’ve remained devoted to the band for three decades and they’re one of the few for whom I own the entire catalog.

(even Pop which might have strained the relationship most)

I talked the buyer in the large record store where I worked into selling me a copy of Achtung Baby three or four days before the street date. By the third listen through, I was certain that U2 had made the best record they ever would.

And Achtung Baby‘s finest moment is arguably Until The End Of The World with Bono wailing about Jesus and Judas while Edge plays a droning solo that would serve quite well for an apocalypse. On the album, the song followed One which made for quite a punch.

Aliens, Monks And The Kumbaya Moment 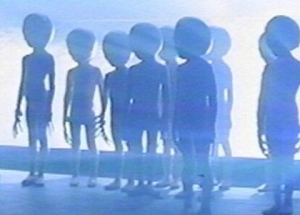 I stumbled down a rabbit hole in cyberspace the other day. One moment I was reading the comments on an article posted on Newsweek‘s site; the next I was searching for information on one of the commentator’s claims.

The comment referenced speculation about what would happen in 2012.

According to a piece in the India Daily from six years ago, Tibetan monks expect aliens to arrive in 2012 , clink the heads of the humans together like Moe did the other Stooges and get us to quit engaging in jackassery.

There are also folks that believe aliens have bases in the Himilayas.

It seems that every religion on the planet has followers that are militantly enthusiastic, but, if there are militant Buddhists, I haven’t heard about them.

Traveling in Thailand, I often saw Buddhist monks, clad in their bright orange robes. It was not uncommon to come across one of them sitting in prayer or meditation in the middle of the sidewalk as the flow of pedestrians gave a respectful berth.

After travelling however many thousands of light years to some strange world, who wouldn’t opt to attempt communication with the beings that seem to be calm, cool, and collected?

(as opposed to the ones behaving like poop-flinging monkeys)

It makes total sense that Buddhist monks would be sought out by the aliens.

As someone that is still transfixed when I happen upon Close Encounters Of The Third Kind, I hope that this forthcoming alien experience resembles the one in that movie.

The visitors arrive with a lightshow that dazzles the humans with the ultimate – and peaceful – display of shock and awe.

Then, Buddhist monks make the introductions.

The bobble-headed, child-like aliens are a global sensation.

Adults are charmed by them.

Madonna makes an embarassing attempt to adopt one.

The world’s leaders are called to the mothership for a trip to the galactic principal’s office and everyone on planet Earth gets a whole lot more humble.

(given the situation in Tibet, I’d think the Chinese would feel rather awkward)

And everyone lives happily ever after.

Yeah. It all makes sense.

Close Encounters Of The Third Kind arrived in theaters in mid-November, 1977. Thirty-three years ago, I was nine-years old and eagerly anticipating the film’s release. I had minimal interest in music, but here is a quartet of songs that were on Billboard‘s charts during this week in 1977…

from Strange Magic: The Best Of Electric Light Orchestra

ELO is one of those bands that is always welcome to shuffle up on the iPod. I can’t say that I’m familiar with much beyond their hits (though there were plenty of those for the band in the ’70s).

I know that the group gets slagged some for being some pale imitation of The Beatles, but, if you’re going to imitate an act, you could do far worse, yes? And Telephone Line is simply gorgeous and angelic.

I’ve loved The Carpenters since hearing them on the radio during their ridiculous string of hits in the early ’70s. The radio wasn’t on too often in our household, but it was usually on in the car and, if it was on, there was rarely a long wait to hear something from the duo.

Calling Occupants Of Interplanetary Craft is a cover of a song by Klaatu (who, like ELO, had their own connection to The Beatles).

This song has really grown on me over the years. I don’t really recall hearing it back in the day, but it has a wonderfully spacey vibe, an odd, yet endearingly jaunty midsection and, as always, Karen’s voice makes it worth the price of admission.

(and, it happens to suit the subject at hand well)

from The Grand Illusion

I’ve noted that Styx – on their infamous Kilroy Was Here tour – was my first concert.

But years before, my buddy Beej’s older brother had The Grand Illusion on eight-track and I was fascinated by the cover. We’d hang out in Beej’s basement and blast the album until parental supervision intervened.

(and, like The Carpenters’ song, this one also fits this post’s themes)

Foreigner’s debut album also has a link to an older brother. Lynn, lived in our neighborhood with Evan, who was roughly the same age as me and my other friends. Sometimes we’d shoot hoops at their house.

As I think back to then, Lynn kind of resembled a young Axl Rose and, pondering him from thirty-years of experience, was undoubtedly a stoner. He drove a black Trans-Am and he’d tear through the neighborhood, Foreigner blaring from the eight-track player in the car.

(would a stoner have listened to Foreigner in 1977?)

Though the group received little love from critics, Foreigner put out some great songs, peaking with the mega-selling Foreigner 4 in ’81. The dramatic Cold As Ice has all of the things – a nifty balance between guitar and keyboards, soaring vocals, and immediately memorable choruses – that made Foreigner a high school staple.

Apparently The Mayans Are Up To Something 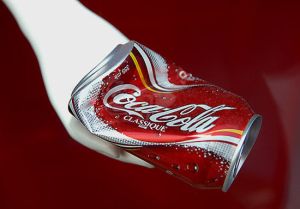 There’s been a lot of calamity here on Planet Earth of late. Channel surfing is an exercise in slaloming through the carnage of twenty-four hour news networks.

I stopped on The Learning Channel to, you know, learn something other than how soon we’ll all be jobless, money will be worth nothing and everyone will be using jellybeans for currency.

Instead, I got talking heads and CGI graphics frightening the bejesus out of me about the Mayan calendar and 2012 – that’s the year that the Mayans return from the dead to snack on people like it’s one of those zombie flicks that seem to arrive every couple weeks.

(OK, that’s not really what these experts were prognosticating, but, as someone once said on Sarah Palin’s behalf, learnin’ is hard – ten minutes into the show, I started daydreaming about cookies)

Summoning all my strength, I was ready to engage the remote for something less dire that I could ignore. Fortunately, I was a split second too slow and I was soon sucked into a commercial for Coca-Cola.

Essentially, the clip acknowledged the trouble times with the assurance that as long as there was Coke, everything would be fine.

It left me feeling strangely Zen.

(and that might be the most frightening thing of all)

There was a dearth of songs in my collection with titles involving Coke or even cola or soda, but there were several that came to mind with lyrical mentions of the beverage…

The Clash – Straight To Hell
When I thought of songs with Coca-Cola in the lyrics, this one was the first one that I heard – Joe Strummer singing, “Lemme tell ya ’bout your blood bamboo kid. It ain’t Coca-Cola it’s rice.”

The music is hypnotic and off-kilter. The song’s lyrics are hypnotic and scathing – particularly those about a Vietnam-era soldier abandoning a child he fathered during that war. I always thought it was one of The Clash’s finest moments and most fully-realized songs.

Nan Vernon – Motorcycle
Nan was a member of The Spiritual Cowboys, the band Dave Stewart put together when Eurythmics went on hiatus in the late ’80s. She released one solo album, Manta Ray, in 1996 and details since are scant (it seems that she’s been a touring musician).

It’s too bad as Manta Ray was a promising debut and if Motorcycle and Nan’s wish for someone to be her “Coca-Cola cowboy” doesn’t make you want to hit the open road, maybe you’d prefer a Fresca.

The Kinks – Lola
The Clash used Coke as a symbol of imperialism in Straight To Hell and it’s a symptom of materialism trumping spirituality in Supertramp’s Child Of Vision. In the Kinks’ classic Lola, it would seem to be a red flag that if the champagne you’re drinking tastes like Coca-Cola, you might end up dancing with a transvestite.

So, clearly drinking Coke is a venture fraught with potential peril.

Supertramp – Child Of Vision
If you want to read more about Supertramp’s career-making album Breakfast In America, which concludes with Child Of Vision, you may do so here.