Give My Regards To The Eye In The Sky, Mr. Woolfson 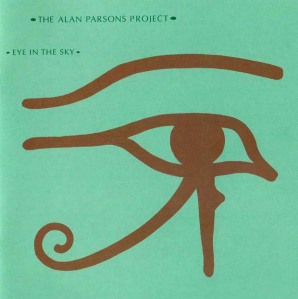 The Drunken Frenchman, whom I have mentioned numerous times, would often inform me of the passing of someone – usually the member of some band whose heyday was in the ’60s or early ’70s and who I had maybe a passing knowledge of at best.

A few days ago, I stumbled across a mention of the death of Eric Woolfson last week. It was mentioned again at The Hits Just Keep On Comin’.

The name might be unfamiliar to a lot of people. Even the name Alan Parsons Project -with Parsons, Woolfson was part of that ensemble’s core -might mean little to most folks twenty-five years later.

Most people would know some of Woolfson’s music with Parsons, though. The group had a number of songs on the radio in the late ’70s and early ’80s like I Wouldn’t Want to Be Like You, Time, and Eye In The Sky. In the ’90s, if you watched Chicago Bulls home games, it was an Alan Parsons Project instrumental, Sirius, that was played during player introductions.

Despite having some impressive credentials as musicians (Parsons had engineered albums like Abbey Road and Dark Side Of The Moon), I don’t think I could have picked either Woolfson or Parsons out of a line-up. I think they had beards and, based on some online searches, it seems I was right.

I did (and still do) own a good amount of the group’s catalog, at least from 1980’s The Turn Of A Friendly Card onward. It was that album that had arrived around the time that my interest in music was beginning and Games People Play was getting a lot of attention on the Top 40 station that was popular with my junior high classmates.

The group would have a handful of hits over the next half decade or so (and had already had a handful over the previous few years). Though they didn’t necessarily fit in with much of the music we were listening to at the time, my friends and I listened to a lot of Alan Parsons Project during high school.

Our interest began to wane with 1985’s Vulture Culture (commercially, the group had topped out the previous year with Ammonia Avenue and the hits Don’t Answer Me and Prime Time).

The duo released two more albums before splitting up. Their finale, Gaudi, arrived during the winter of ’87 when my friends and I had headed in separate directions and were in the midst of our first year of college. I didn’t hear that album until summer break when I was with two of those friends.

from Eye In The Sky

Alan Parsons Project always had a couple of instrumentals per album. When I went back and discovered their music prior to 1980’s The Turn Of A Friendly Card, I was surprised to find I knew many of their instrumentals from their use on television programs and commercials (a local furniture store used I, Robot in one of the latter).

As for Sirius, most people would be familiar with the song though likely not know it by name. The Bulls during their championship runs of the ’90s were one of many sports teams to make use of the track which segued into Eye In The Sky on the album and, occasionally, the two remained linked on radio.

from Eye In The Sky

Alan Parsons Project used a revolving cast of lead singers with Woolfson handling the task on a handful of tracks. However, he provided the lead vocals on several of the group’s best-known hits including Time (which I mentioned recently), Don’t Answer Me, and Eye In The Sky.

I remember first hearing the hypnotic Eye In The Sky when it first hit radio in late summer of ’82. It was on a family vacation and I kept coming upon the song on the radio as I channel-surfed during long stretches in the car.

With its shuffling melody and Phil Spector-influenced sound, Don’t Answer Me sounded amazing on the radio in the spring of 1984. Of course, most of Alan Parsons Project stuff was sonic, but, with Don’t Answer Me, they also married their stellar production to one of their most memorable songs.

As I mentioned, JB at The Hits Just Keep On Comin’ noted Woolfson’s passing and praised the video which accompanied the song. It’s well worth a viewing there.

Alan Parsons Project had no shortage of pretty, ethereal songs in their catalog. Days Are Numbers is among the prettiest.

It got a bit of airplay in the autumn of ’85. My girlfriend at the time had gone off to college and my friends and I, who were in the midst of our senior year of high school, were within sight of our own parting of ways. Perhaps those events made the song and its subject matter resonate so strongly with me.