Time To Burnish My Legacy 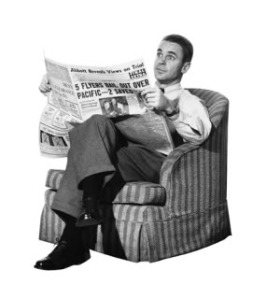 As someone commented the other day, I’m old.

Well, not really. I mean, I am older than I was, but I’d like to think that I am not close to as old as I will be.

However, since my brush with death last week, I’ve been giving great thought to my mortality and the things I have yet to achieve.

I do eyeball the obituaries in the New York Times most days. It’s nothing morbid. Some of it is a natural interest in current events.

Some of it is because of a game a couple of friends and I played when we were co-workers, working on Billboard‘s musical database. When an artist died, whoever removed them from the database first received a small, photocopy the size of a postage stamp of a skull and crossbones.

This competetion became quite heated and we proudly taped our “kills” to our cubicle walls.

But, one reason to read the obituaries in the Times is for the intriguing taglines like “Robert Rines, Inventor and Monster Hunter, Dies at 87 ” or “William Belton, Self-Taught Ornithologist, Dies at 95.”

I’d like something like that for myself when the time comes except I am not an inventor, monster hunter, or self-taught ornithologist. I have done pioneering work in the combination of peanut butter and bacon as a sandwich and I do quite like those Monsterquest documentaries, though.

But, the only thing involving birds that I have taught myself, so far as I can think, is how to make fried chicken (though I’m more inclined to drag Paloma out of the way on a road trip for such foodstuff).

So, in the meantime, I’ve got some work to do. Fortunately, I’m hoping I have some time to amass some accomplishments that will result in an eye-catching lead when I do finally shuffle onward.

Texan Chris Whitley went from busking on the streets of New York City to being one of the musical surprises of 1991 when his debut Living With The Law found favor with critics and fans. It took four years for him to follow it up and, when he did he incorporated elements of grunge, alternative rock, and dissonant noise to his bluesy folk rock.

from When The Going Gets Tough, The Tough Get Going

Bow Wow Wow was formed when impresario Malcolm McClaren poached Adam’s Ants and made teen-aged ingenue Annabella Lwin lead singer. The result was one of the iconic songs of the ’80s with their version of The Strangeloves’ I Want Candy.

The group also had a minor hit with the equally energetic (if less remembered) Do You Wanna Hold Me? Guitarist Matthew Ashman died of diabetes-related complications on November 21, 1995, but, having been in both Adam & The Ants and Bow Wow Wow, he managed to be in two of the most beloved acts of the New Wave era.

from The Holy Bible

Almost unknown in the States, the Welsh band Manic Street Preachers have been superstars in the UK for two decades. And, anyone who has followed the band is well aware of their history, particular rhythm guitarist/lyricist Richey Edwards, who mysteriously vanished in February, 1994.

The lovely, melancholic This Is Yesterday appeared on The Holy Bible, the group’s third album and one which is regarded by many critics to be as powerful as and the equal of Nirvana’s landscape-changing Nevermind. Edward’s vanished a day prior to embarking on a US protional tour for the record.

Edwards has never been found (though he has been “sighted” everywhere from India to the Canary Islands). It was only on November 23, 2008 that he was officially declared to be “presumed dead.”