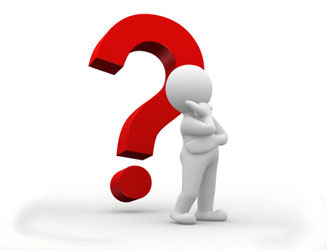 Any Major Dude has noted that the search engine terms leading the masses to his blog often involve unrequited or impossible love.

Here? It’s a lot of folks searching for sleepwear.

The Beatles, Pink Floyd, Iron Maiden, Jimi Hendrix, Elvis Presley, Marvin Gaye, and John Denver (yes, John Denver) are some of the acts with fans wishing to express their allegiance even as they sleep.

(Paloma takes this, admittedly, small sample as a sign that we should fulfill this niche and become pajama moguls)

The search engine statistics also reveal that you folks have questions – a lot of questions. Well, I’m here to help, so here are a few of your queries with the actual search engine topic in parenthesis…

Mr. Brown is a favorite of ours and quite an accomplished fellow with success as a chef, cinematographer, author, and actor to his credit. And, after graduating from the University Of Georgia, Brown pursued a career in cinematography and was the director of photography on the music video for R.E.M.’s The One I Love.

However, aside from his resemblance to actual one-hit wonder Thomas Dolby, it appears that Alton has never pursued any musical endeavors of his own. So, no, he is not a one-hit wonder.

However, the band Guadalcanal Diary, who were fellow Georgians and contemporaries of R.E.M., might qualify as one-hit wonders. Though they never were a mainstream act, Guadalcanal Diary had a modicum of success with college audiences in the mid- to late- ’80s and are best remembered for the quirky and engaging Watusi Rodeo.

from Walking In The Shadow Of The Big Man

Yes, the former leader of Dire Straits is follically challenged. However, he is also one of the wealthiest musicians in the UK, so, if he wanted, he could afford to outfit himself with the most extravagant toupee in the history of man.

As he hasn’t done so, I would have to say that, no, Knopfler suffers from no vanity regarding his diminishing hairline. If he does wish to find the cure for hair loss, I suggest he get in contact as I could use an investor.

I’ve followed Kate Bush’s career since she broke through in the States with Hounds Of Love and I own most of her catalog. I know that Kate’s father was a physician, she comes from a musical family, she’s studied dance, she’s quite reclusive, and she’s British.

None of these things add up to a profile of someone that would physically manhandle photographers. She simply seems too refined for such behavior (or, behaviour).

I think this reader has Kate confused with another eccentric female artist, this one from Iceland.

from Never For Ever

There’s no debating that David Bowie has been one of the most fashion-conscious artist in the annals of rock. He’s donned dresses, leather jackets, Italian suits, and indescribable garb as Ziggy Stardust.

However, a quick study of photographic evidence reveals that his ears have usually been unadorned. In the few pictures in which he does have earrings, it appears that the Thin White Duke opts for a single, ring-sized, silver hoop – tasteful, classy, and restrained.

More Than Merely A Man Of Science

I once convinced a co-worker that cooking show host Alton Brown was actually musician Thomas Dolby, having adopted an American accent and working under a pseudonym.

I didn’t really, but tell me that Alton couldn’t be Dolby twenty years after She Blinded Me With Science.

And as Dolby pretty much didn’t exist for most music listeners other than that song of science, it isn’t so farfetched to think that he might have reinvented himself as Alton Brown. I mean, Alton is known for offering the scientific details behind things like brining the Thanksgiving turkey.

But, as far as I know, Thomas Dolby is not Alton Brown (or vice versa).

And it’s unfortunate that Dolby is known to few for an intriguing and diverse career. I’d forgotten that he performed on Foreigner’s song Urgent and Waiting For A Girl Like You (and isn’t it the keyboards – his keyboards – that make the latter?)

I knew more of Dolby’s music than most because of my friend Chris. Yeah, he dug The Golden Age Of Wireless, but it was that album’s follow-up, The Flat Earth, which he played constantly during the summer of 1984.

I remember that the video for Dolby’s cover of Dan Hicks’ I Scare Myself got played a bit (maybe on Friday Night Videos), but The Flat Earth was pretty much ignored.

That was quite unfortunate. It’s a lost classic.

For the next decade, Dolby would issue an occasional, underappreciated album. He also produced a trio of brilliant albums for another criminally ignored act, Prefab Sprout.

But Dolby hasn’t released new material since ‘92’s Astronauts & Heretics. He is rumored to be readying a new album for this year.

And I do so hope that his management books him a spot on Alton Brown’s show as a musical guest or pairs them in a buddy-cop flick.

Some recommended songs and personal favorites by Mr. Dolby…

One Of Our Submarines
from The Golden Age Of Wireless

I actually seem to recall hearing One Of Our Submarines on 97X, the one alternative rock station to which I had access, back in the day. The keyboard passage in it always reminded me of the theme to the television show The Six Million Dollar Man.

Yes, Dolby has a well-deserved reputation as a techno boffin, but, despite the gadgetry, he somehow imbues his songs with more humanity than most more acoustic-based acts. The title song from The Flat Earth is strange and lovely – “The earth can be any shape that you want it to be.”

Screen Kiss
from The Flat Earth

Budapest By Blimp
from Aliens Ate My Buick

Dolby’s 1988 album Aliens Ate My Buick was a mixed bag. Working with folks like George Clinton, much of it is brittle funk that doesn’t always succeed in living up to its ambitions. On Budapest By Blimp, the funk is handled with a lighter touch (although the mid-section of the song has some searing guitar) and the song is one of the album’s highlights.

It really wouldn’t surprise me if Dolby had actually made the journey of the title track. He just seems like that kind of guy.

Eastern Block with a nifty Bo Diddley beat is a musical sequel to the song Europa And The Pirate Twins from The Golden Age Of Wireless. That song told of a childhood friendship with a young girl who would grow up to be a supermodel. Apparently, Dolby has such an experience and, years later as an adult, the girl blew him off when their paths crossed in an airport.

Instead, he married actress Katherine Beller.

I Love You Goodbye
from Astronauts & Heretics

Aside from The Flat Earth – this might be my favorite Dolby song. Another song for people who think they know Thomas Dolby because they’ve seen the video a thousand times on VH1.

A cajun-inflected tale of corrupt local sherriffs and stolen cars on the road from New Orleans to the Everglades…I Love You Goodbye is evocative and mysterious.