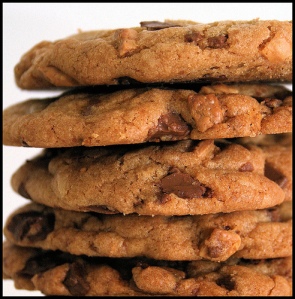 Some time ago a friend, who is now well on the way to owning his own island (or perhaps a gellato shop in Costa Rica), summed up his previous life as a slave to the corporate world with one single word.

I suppose that, with so many people not having a gig since the grown-ups crashed the economy in a quest for each and every last dollar, it could be considered poor form to admit that I agreed with his assessment.

(of course, it is disconcerting to know that, if you do want to have the little niceties in life – food, rent money, basic cable – you likely will answer to blathering archetypes)

Maybe it’s due to reading so much in the news on the Occupy protests, but it’s become an increasing challenge to wanly receive marching orders from people who all but hand out gold stars for performance.

(seriously…stickers for our desks have been proffered as a reward in the past and it’s a short, slippery slide from stickers to stars)

As I do work in the corporate world, the Occupy folks have been viewed with great disdain by those who are, by little more than proximity, my peers.

As I listen to them yammer on about the subject, I keep thinking of something I read years ago about a teacher who wanted to illustrate to her students the division of the world’s wealth amongst its inhabitants.

Children were divided into groups representing the continents relative to that continent’s portion of global population.

The result was that four children representing Africa had one cookie while two representing North America had twenty-eight.

We could debate and argue whether the wealthy of the world or the US are entitled to such riches and likely do little more than go ’round in circles.

But it is a universal truth that people do want cookies and when, rightly or wrongly, a few people have more cookies than they could consume in several lifetimes while others get only cookie crumbs, there’s going to be a problem.

So, as we enter the season of peace on Earth and goodwill toward men and such, here are four songs addressing the one thing – other than cookies – that most everyone wants…

I first heard Cyndi Lauper on alternative rock outlet 97X in the autumn of ’83 when the station played the quirky songstress’ Girls Just Want To Have Fun incessantly. Months later, it started popping up on the mainstream pop stations.

A year later, She’s So Unusual had sold a billion copies or so, Lauper was an MTV-driven phenomenon, and her cover of The Brains’ Money Changes Everything was the fifth and final hit from the album.

Randy Newman is on the lengthy list of artists whose catalog I’ve long intended to check out more closely.

But I dig the stuff I do know by Mr. Newman and I was paying attention when I heard the wry It’s Money That Matters as the song features guitarist Mark Knopfler and, at the time, I was going through my celebrated Mark Knopfler period.

Canada, if I haven’t said so before, thanks for Rush.

(seriously, I find it comforting to know that Alex, Geddy, and The Professor are out there)

Like Cyndi Lauper, I might have also first heard Pet Shop Boys on 97X. I do know that my buddy Streuss thought West End Girls was Al Stewart.

(Neil Tennant’s vocal does have a similar nasally quality)

West End Girls was a massive hit and it’s a nifty little song, but I prefered the follow-up and its cynical hook, “You’ve got the brawn, I’ve got the brains , let’s make lots of money.”

(its more amusing in a song than in the real world)

Lately, I’ve seen the word elitism and elitist bandied about as though they were four-letter words (and the really bad ones, too!). It seems that these words, when in reference to potential leaders, are very bad, indeed. Both words derive from the root word elite and damned if I didn’t think elite was something good.

A quick Google search reveals an endless number of businesses that proudly boast of being elite. The Elite Lighting Company of Montebello, California proclaims that they are “No. 1 in Recessed Lighting.”

The Elite Model Agency crows of being the most prestigious modeling agency in the world and, as models are a good thing, it seems elite ones would be better.

When there’s trouble abroad, it’s not mediocre Army Rangers which are sent in but, rather, elite Army Rangers.

Yet, in our leaders, it seems far preferable to have someone just like us. In other words, the average American, I’m lead to believe, would rather have the person that delivered their pizza representing them on the global stage than someone who might be considered “elite.”

It makes me think of Joe, one of my label reps at the record store where I once worked. Another rep astutely dubbed him “Dodgeball,” reasoning that he certainly had been the bull’s eye for all during the childhood game.

Something tells me that dodgeball was, as it had been for Joe, integral to the childhood of Dubya. There’s no doubt that in this ritual of youth Dubya, with that self-satisfied smirk, was either a prime target, or, as an insecure half-wit with no discernible talents, was the ringleader, marshaling other insecure half-wits to inflict pain on the unpopular kid (or, perhaps, the kid with oil reserves).

I realized that, in this desire to shun the elite, we have spent the past eight years with President Dodgeball occupying the Oval Office.

To my surprise, I actually have a song with dodgeball in the title.

Randy Newman – Mr. President (Have Pity On The Working Man)