As a kid watching television in the ’70s, it was understood that the future might involve dealing with intelligent apes, urban overcrowding and pollution, or a noctunal clan of mutant cultists.

It was also understood from the regular airings of Planet Of The Apes, Soylent Green, and The Omega Man after school or on late-night television that the one man with the skills to survive in these various dystopian futures – at least until the final reel – was Charlton Heston.

Heston was teaching us about survival well before Gloria Gaynor, Bear Grylls, or Survivorman‘s Les Stroud and, like Stroud, Heston wasn’t bashful about going au naturale.

(watching Planet Of The Apes on an AMC marathon of the movie series, I have already been blindsided twice by Heston’s bare ass in HD)

Over the latter part of his life, Heston was best known for his interest in guns, but, as he had spent so much time battling intelligent apes and mutant cultists as well as trying to avoid becoming finger food for the masses, his desire to be a well-maintained militia of one is understandable.

And no matter how dire the situation around him, Chuck was able to make time for the ladies and, in the case of The Omega Man, he – like the titular character in The Big Lebowski and to paraphrase The Dude – was racially pretty cool.

But, as a kid, it was Heston’s adventures as misanthropic astronaut George Taylor that were most fascinating to me and, fortunately, it was not uncommon to tune into CBS’ Friday Night Movie and find that Planet Of The Apes or, even more so it seemed, Beneath The Planet Of The Apes was the featured flick.

Thirty-eight years ago, I was one bummed out seven-year old as the short-lived (and Heston-less) television series based on The Planet Of The Apes had been cancelled. I might have found solace in music, but that wouldn’t be of interest to me for another four or five years.

However, had I turned on the radio, here are four songs I might have heard as they were on Billboard‘s Hot 100 chart at the time…

Though I hadn’t yet developed an interest in music in 1975, I was well aware of the songs of America from the light rock stations my parents seemed to favor on the car radio.

The trio received a lot of comparisons to Crosby, Stills, Nash & Young and, of the songs I know by America, the lovely, resilient Lonely People captures that vibe to me more than any other.

I certainly knew the music of The Beatles, but I wasn’t familiar with John Lennon’s solo stuff or #9 Dream at the time. I would have to catch up years later.

Of course, no one would be hearing new music from John Lennon after 1975, at least not until he ended his self-imposed exile to be a stay-at-home dad five years later with Double Fantasy. I eventually got a cassette of The John Lennon Collection in 1982 or so and was introduced to the (suitably) dreamy #9 Dream.

Though ELO had no shortage of hits with upbeat stuff, Jeff Lynne and company were equally adept when they opted to slow things down as on the lovely ballad Can’t Get It Out Of My Head, which was the group’s first major single in the States.

The title character in Jackie Blue sounds like one confused girl, but I can’t help but think of pizza when I hear the song. It seems like every trip we made to Pizza Inn during the time that the song was a hit guaranteed one of the patrons putting down their money for Jackie Blue on the jukebox.

I dug the song as a kid. It was catchy and mysterious, though, at the time, I mistook drummer Larry Lee’s falsetto for a female vocalist. 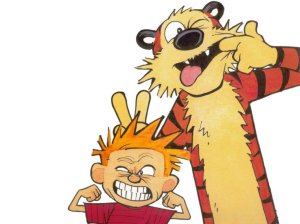