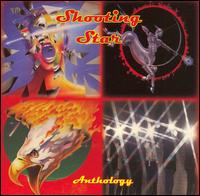 Thirty years ago, music was a still mostly an unexplored world for me. It had been no more than six months since I’d brought an old radio up from the basement.

The quarter century of rock music that had preceeded me was of little consequence, yet. The songs and acts that were most popular – and, thus, most notable to me – were the ones which I heard most on the radio.

In the spring of ’82, radio would have led me to believe that the band Shooting Star was as popular as Journey.

But as I was hearing Journey’s Open Arms climb the countdown on American Top 40 each week that spring, Shooting Star’s Hollywood was nowhere to be found despite me hearing the latter seemingly as often as the former.

Not only would I continue to hear Hollywood on the radio well into that summer, but, over the next several years, each release from Shooting Star would spawn songs that would get significant airplay.

Yet Shooting Star caused little more than a slight ripple outside of the Midwest where I was.

Despite the heavy airplay that Hollywood got from radio stations in our area, the song was one of only three Shooting Star singles to reach Billboard‘s Hot 100, none of them climbing higher than #67.

The band’s five albums from the first half of the ’80s also garnered little attention.

It’s understandable that Shooting Star would have been a fixture on Midwestern radio as the band hailed from Kansas City and their melodic rock was well suited for an album rock landscape dominated by Journey, Foreigner, Billy Squier, and Heart.

Today, Shooting Star – despite still existing in some incarnation – is little more than a footnote, but a footnote that has pockets of rabid devotion on the internet.

In truth, it’s not surprising that Shooting Star was unable to become much more than a regional success. The songs might have sounded good on the radio, but the band’s workman-like rock rarely distinguished itself from their better-known contemporaries.

Yet, Shooting Star is a musical trinket from those formative years and there remains a place in my heart for a band that most listeners likely missed at the time.

After building a following on the club level, Shooting Star became the first American band to ink a deal with Virgin Records as the label attempted to break a mainstream rock act in the States.

Like fellow Midwesterners Kansas, Shooting Star incorporated violin into their sound and, though they mostly did so without Kansas’ progressive inclinations, the anthemic Last Chance is an epic-length track that builds to a suitably dramatic crescendo.

Hollywood seemed to be blaring from every beat-up Camaro in my hometown for months on end in 1982. The song breaks no new ground with its tale of farm-fresh Midwestern girl having her dreams get shattered and getting sucked into the seedy underbelly of the dirty city. But, it is an engaging four minutes of straight-ahead rock with a sentimental pull.

Not only did Shooting Star serve as an opening act for their more successful album rock contemporaries including Journey, Jefferson Starship, Kansas, Bryan Adams, and Heart, the band enlisted producer Ron Nevison – who had worked with several of those bands – for 1985’s Silent Scream.

Silent Scream was released at about the same time that Heart’s Nevison-produced self-titled album was providing the Wilson sisters with a major comeback, but Silent Scream proved to be a swan song – albeit temporarily – for Shooting Star.

However, like previous albums, Silent Scream found a home on the rock stations in our area. The driving, seasonally-appropriate Summer Sun was the most popular track and one I can still hear as I recall the efforts of my friends and me to find something to do in our small town that summer.

from Touch Me Tonight: The Best Of Shooting Star (1989)

I returned from studying in Southeast Asia toward the end of 1989 to find a reunited Shooting Star again blaring from the radio with the polished rocker Touch Me Tonight. Though it was rather generic stuff and hardly the alternative rock to which I had mostly gravitated, there was still something appealing about knowing that the band was still out there.

That perseverance resulted in the highest-charting single of Shooting Star’s career – albeit at a lowly #67 – and Touch Me Tonight‘s parent compilation album became the first record to make Billboard‘s album charts without a vinyl release.

As the love of my life and my partner in crime, Paloma had the opportunity this Thanksgiving to spend twelve hours in the car, trekking between my hometown and our current home. She was a trooper, gracious no matter what the circumstances and/or chaos which accompanied time with family in a foreign land.

The foreign land in this case being a small town in Indiana and, yes, growing up there in the ‘80s was indeed like being in a John Cougar song. He’ll always be John Cougar to me – actually, he’ll always be Johnny Hoosier, the moniker which my buddy Bosco affixed to our budding local hero as he reached critical commercial mass in 1982 with the album American Fool.

I’ve rarely returned since leaving college nearly twenty years ago and this was my first venture home in almost a decade. Unfortunately, the first thing which greeted me in our hotel room was news of the terrorist strikes in India.* (in accordance with some impulse which most guys I know possess, upon entering said hotel room, I dropped our bags, flopped onto the bed, and did a compulsory channel surf)

For most Americans, terrorism hadn’t been invented the last time I had been to my hometown. Growing up, we had engaged in relatively minor acts of mischievous vandalism – OK, there was a fire or two (oddly enough, I seem to recall Bosco being involved in one) – but it was all rather harmless.

Current events aside, most things in my hometown were where I had left them. A few businesses had vanished and a few which hadn’t existed had replaced those now gone. The bowling alley, which along with the movie theater and high school basketball games was the hub for night life, remained, but is now painted a retina-damaging shade of yellow.

And, in a town of only a few thousand, everyone knows everyone, but, although certain faces looked familiar, names were irretrievable. Even more conspicuous in their absence were people who had always been there – cantankerous Mrs. G, whose husband owned the theater was not perched sternly in the ticket booth; Duck was not in the bowling alley, his alcohol intake increasing the degree of difficulty each ensuing frame; and Reuben, the portly town eccentric wasn’t wandering around barefoot outside his house (even with snow on the ground) by the grade school.

And though my hometown is no longer home, existing only as a gauzy concept now, it was an important stop along the way.

So, here are a handful of songs you would have undoubtedly heard blaring from a Camaro during those years…

Shooting Star – Hollywood
If you aren’t from the Midwest, you probably aren’t familiar with Shooting Star, but in our part of the world, Shooting Star were HUGE. They has a violinist in the band and it seems a lot of folks viewed them as a poor man’s Kansas, I always felt they were more a poor man’s Journey (circa Escape).

Hollywood was all over our rock stations during 1982. The song breaks absolutely no new ground with its tale of farm-fresh Midwestern girl having her dreams get shattered and getting sucked into the seedy underbelly of the dirty city. But, it is an engaging four minutes of straight-ahead rock with a sentimental pull.

Bob Seger & The Silver Bullet Band – Fire Lake
Seger will forever linked to my childhood friend Willie, who, if there was a jukebox, would inevitably play something by the band (often Fire Lake). The song certainly makes my list of favorite Seger songs. I’ve always taken Fire Lake to be describing some kind of Valhalla for rural Midwesterners, but I find the line about line about Uncle Joe puzzling. Why the hell was he afraid to cut a cake?

Billy Squier – In The Dark
It is not overstating things to say that Billy Squier was in the pantheon of rock gods in our town. Hearing this song still immediately makes me believe it is Friday night and, more than twenty-five years later, that reaction is unshakable.

Loverboy – The Kid Is Hot Tonite
I think that 96Rock used played about every track from Loverboy’s debut. Seriously. Bands from the Great White North – Rush, Triumph, Red Rider, Prism – were staples on our rock stations. Sometimes I wonder if there was some little doppelganger town in Canada where we had returned the favor.

*And, this morning, in a small world moment, the local news interrupted my coffee to note that one of the Americans injured in Mumbai was a girl whom I know and one whose sister Paloma and I both worked with at the record store where we met.