Coming Soon To A Record Store Near You (Or Not) 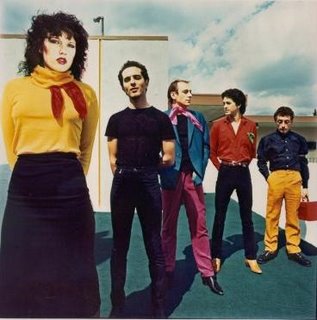 In a previous life, I did a bit of freelance music journalism. For the past several years, I’ve been engaged in far more lucrative albeit soul-sucking work.

That made it such a surprise when I received a message on Monday.

“Yeah, we’re looking for someone to write some liner notes for The Motels.”

It’s been five years since I’ve had an assignment. I leave the house for my grown-up gig at 6:30 in the morning and don’t return for eleven hours. I’m old and I do need eight hours of sleep.

And this label wanted it in forty-eight hours – “two and a half, three panels” on Martha Davis and company.

True, they were used to being able to tell someone “two and a half, three panels” and having them know what that meant, so the question seemed to make them wary of my skills. As I explained, though, I’ve written reviews, bio, and done some interviews, but never liner notes.

I figured what the hell. I was a fan of the band and Paloma and I do own all of their records on vinyl.

It was hardly the most ideal timeframe or conditions to work, but I did manage to hammer out something in two days. Of course, with the time, I would have wanted to speak with some of the principals, but…

And, it might even end up making its way into print.

(of course, who knows in what altered form)

But, The Motels were an underappreciated band. So, here are a few songs that aren’t Only The Lonely or Suddenly Last Summer…

from All Four One

Sometimes I astound myself that, for having accomplished so little aside from using my powers for apathy rather than evil, I have some interesting resources to call upon. Not only do I have connections to celebrities such as Sheryl Crow, I’ve recently consulted a source on an issue that hasn’t gotten much attention – the US military’s attempts to create a flying monkey army.

Forget microwaves, unmanned drones, stealth bombers, smart bombs, and terminators. It’s obvious to anyone who has seen The Wizard Of Oz (which would be pretty much everyone even including that uncontacted tribe in the Brazilian rain forest) that the future of warfare will be decided by whomever develops an army of flying monkeys.

As I will undoubtedly be someday known as the Woodward and/or Bernstein of Flying Monkeygate, I have a source much like their Deep Throat who I shall refer to as Whispering Bunny. When I asked Whispering Bunny about attempts to develop a flying monkey army, they confirmed that I was “not far from the truth.” Hmmm, perhaps they are actually gliding monkeys.

If someday soon, you tune in to CNN and see a talking head – with the caption beneath them reading flying monkey warfare expert (or maybe enthusiast) – being consulted about this matter, it will likely be me.

In the meantime, enjoy these monkeyshines.

The Pixies- Monkey Gone To Heaven

The Tubes – The Monkey Time