Friday Night Videos And The First Chill Of Autumn 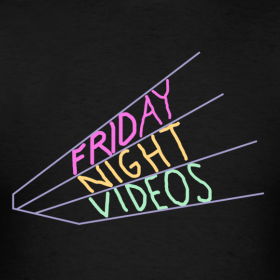 The living room of our treehouse is a very cozy nook to me.

From the second floor perch at the corner of a T intersection, there is often a steady flow of traffic and pedestrians to observe.

A friend once called and asked what I was doing.

“Watching Afternoon Traffic Theater,” I replied, describing the actual scene playing out down below, some twenty-yards away – two middle-aged woman who had had some minor mini-van tête-à-tête.

I covered the incident until its underwhelming conclusion without lifting my head from the back of the couch and with most of my attention focused on ESPN.

But the room is usually a calm place with the traffic usually nothing more than a steady, soothing background hum almost like the urban equivilant of ocean surf.

It’s a glorious place to have the windows open.

Tonight, there’s something in the air that arrived with the setting sun a couple hours ago.

(aside from a very luminous moon through the tree branches)

For the first time, as summer ends, there’s a chill in the evening air that is unmistakeably autumn to me.

As a kid, that hint of chill was the signal that the months of sleeping with the bedroom window open – a necessity growing up in a ’70s-styled ranch house with no central air – was coming to an end.

The hum of the interstate, a mile down the country road running in front of the house but audible at night, would soon no longer be lulling me to sleep.

When that chill arrived in 1983, it did so a mere six weeks or so following the debut of Friday Night Videos.

MTV wouldn’t be available to us until the following summer, though my friends whose families had cable had been watching music videos on WTBS’ late-night, weekend show Night Tracks all summer.

Though video clips for songs had existed for years, MTV had become a phenomenon in the early ’80s and Friday Night Videos offered those of us without cable ninety minutes each week to feel like we were living in the modern world.

With a mere ninety minutes less commercials, Friday Night Videos had little time to show more than videos that were popular songs or new. In 1983, Billy Idol’s Dancing With Myself was neither.

The song had appeared on Idol’s four-song EP debut from two years earlier, but, since its release, the singer had a couple hits from his self-titled full-length album with Hot In The City and White Wedding.

I don’t think that I ever heard the energetic and catchy Dancing With Myself on the radio, but the apocalyptic, zombie-filled video seemed to pop up on Friday Night Videos each week until Idol’s Rebel Yell album was released later that fall.

With the sultry vocals of lead singer Martha Davis and their moody style of New Wave-tinged rock, Los Angeles’ The Motels had broken through the year before with the Top Ten ’80s classic Only The Lonely.

As I headed back to school in 1983, the band had issued its follow-up, Little Robbers, introduced by the single Suddenly Last Summer. The wistful, almost eerie song became a second Top Ten hit for The Motels and the song’s video apparently featured one of Davis’ daughters.

(and, somewhere out there, there might be a compilation of The Motels featuring liner notes by yours truly)

from Rant N’ Rave With The Stray Cats

I didn’t really like rockabilly revivalists The Stray Cats when their Built for Speed became a smash in late 1982 and Rock This Town and Stray Cat Strut were constantly on the radio. They were a band that might have existed when my parents were in high school which was not a selling point. 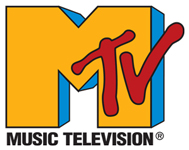 From what I read, it’s now official – MTV is no longer Music Television.

I missed out on the station’s infancy, but we were all aware of what it was. It might not have been available in our corner of the universe, but most of us had seen it on vacations and such and told spellbinding tales of what we had witnessed.

Those of us that did have cable had access to Night Flight on USA Network. The rest of us subsisted on the meager offerings of Friday Night Videos for the wonder of music videos.

Our cable providers didn’t offer MTV until 1984. The homes of our friends with cable was where we’d gather, often for hours, sprawled about some family’s den. I didn’t have the chance to truly maximize the amount of time I could waste with the channel until college a couple years later.

By the time I was knocking out the last dozen credits I needed to graduate, we were already lamenting the sorry state to which MTV had been reduced. Our chief gripe was that the playlist was shrinking fast. Videos still made up most of the programming, but the latest clip by Janet Jackson or Bon Jovi popped up constantly and the more fringe acts in which my friends and I were interested were relegated to the middle of the night.

(we were often up, but we weren’t always home)

Of course, we were getting a glimpse of the future with some of the channel’s first attempts at original programming. Remote Control, the Jeopardy-like game show was on, which I dug – there was a great category called Dead Or Canadian.

And there was that dance show with Downtown Julie Brown.

(I thought Julie was fetching, but I had no interest in dancing)

There was 120 Minutes which was the place to catch videos by the college rock acts I was listening to at the time. But, though I discovered some new artists on the show, I was discovering new music elsewhere and working in a record store.

I didn’t need my MTV any longer and the channel was headed off the rails, condemning its soul to eternal damnation as it began to foist reality television upon an unsuspecting world.

It was fun for the brief time it lasted.

The 120 Minutes Archive catalogs the playlists for 120 Minutes through its years on MTV. I don’t necessarily recall a lot of the videos for the the episodes I might have seen twenty winters ago, but I do know a lot of the songs…

from The Best Of New Order

New Order brings back fond memories of those years in college when it seemed as if every cover band in every club had at least a few songs by the group in their repertoire.

Kate Bush – Love And Anger
from The Sensual World

Having discovered Kate with 1985’s Hounds Of Love, I was eagerly awaiting the follow-up. I had to wait four years, but when The Sensual World finally was released, it spent months in my own personal heavy rotation.

(and you might recognize David Gilmour on Love And Anger)

Yes, it’s the M&M song and I say good for The The’s Matt Johnson for banking some nice coin after being essentially ignored in the States (I think that the project had a bit of success across the pond).

from The Best Of The Smiths, Vol. 1

The Smiths – there might be no issue more decisive between Paloma and me than The Smiths.

I’ve always enjoyed The Smiths. If you went to college between ’85 and ’89, you were legally mandated to be batty for The Smiths or risk being ostacized by certain segments of the pack.

I do dig a lot of their stuff. It’s wonderfully twisted and the music is candy-coated, but Moz’ drama wears on me in large doses.

Our difference in this matter escalated to something historical the day she declared The Smiths to be a better band than Bruce Springsteen & The E-Street Band.

It’s Not Lobster Flu, But It’s Not Swine Flu, Either 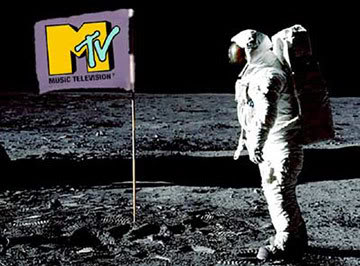 It’s difficult to be whimsical when you’re sick.

This year, it’s also tiring to have everyone ask, “Is it swine flu?”

It has led me to wonder if there would be be less concern if it was Lobster Flu. Lobster is a meal for the bourgeoisie, so suffering from Lobster Flu might have more cachet.

(though I suppose such a malady would be scientifically impossible – yes?)

So, with little whimsy or patience to be had, writing is less appealling than sprawling on the couch, staring expressionless as the television channels at my command flicker by, nothing enticing me to stop.

Twenty-five years ago, there was one viewing destination.

In the fall of 1984, our town finally had MTV. Our family didn’t have cable, but several friends did.

MTV was new. It was shiny. It was riveting stuff.

We would gather at someone’s house, usually the basement of our friend Streuss, and stare at the images for hours at a time.

It was the greatest waste of time that we had ever experienced.

According to an old MTV playlist from that time, here are some of the videos that we might seen in the autumn of ’84…

from Too Tough To Die