Diamond Dave And Me 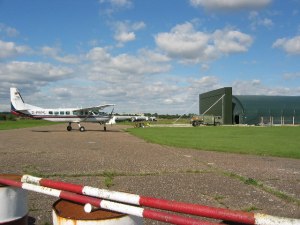 After doing eighteen months wearing a paper hat at McDonald’s – learning to respond and react like a lab rat to the beeps, buzzers, and lights that told me when to pull the burgers from the grill – I felt that the institution had little more to offer me.

As school ended in late May in 1986, I ended up with a new gig, working for a Fortune 500 company that employed the lion’s share of my hometown’s population. I was part of the maintenence crew.

I’d snagged the job because the department’s head was the father of one of my girlfriend’s friends. No more being cooped up in a sweltering kitchen, clad in polyester pants and an apron, marinating in a mixture of sweat and grease.

Yes, I would spend the summer outside, but it was a shock to the system to learn that I’d be reporting at 6:30 each morning, an hour that I no longer recognized during summer months.

The day would begin with the ten or so of us that made up the department meeting in our subterranean bunker as our boss, my high school classmate’s father, briefed us on mundane things like safety, reminding us that we were to wear “trousers” and not shorts.

Then, we’d head out. Most of the department had actual maintenence duties – tasks involving wrenches, screwdrivers, and such.

My partner and I were responsible for the grounds.

As our town was so small, I knew everyone in the department even though most of the guys were twice my age or more. My partner happened to be an older brother of two good friends, Smart and Dumb, twins that I had known since I was six.

Diamond Dave, as we called him, had just graduated from college, having spent eight years earning a degree in engineering.

Dave had adopted a slacker attitude a good half decade before such a thing became fashionable. He was a man ahead of his time.

We got along famously.

We’d load up our pickup with the tools of our temporary trade – weedeaters, lawn mowers, mulch – and Dave would squeal the tires as we pulled away from the garage, much to the chagrin of our co-workers and boss.

For the rest of the day, we were on our own, with each day of the week devoted to a different portion of the company’s vast properties in a different area of town.

Thursday was my favorite day as it was spent at the company’s small airport located out in the country amidst nothing but farmland for as far as the eye could see. It was on those isolated country roads en route that Dave taught me to drive a stickshift.

There were few employees at the airport – which consisted of a few buildings, a large hangar, and two runways – and the mowing was easy – long, straight strips of green that afforded lengthy periods of daydreaming.

It was hot and it was tiring work, but we were young and, for Dave and I, it was nothing more than a summer gig. I was headed to college in August; Dave would be hired for a job in his field with the same company soon after.

We’d speed down those narrow backroads, fields of corn and soybean all around, with hardly a care in the world. Drive the truck, mow some grass, maybe paint a fence or two, and make money.

Some of the money was stashed for school and some would end up being spent hanging out with friends – including Dave’s brothers – that evening or weekend.

It might have been the best job I’ve ever had.

The radio in our truck had dodgy reception, but we were able to pull in a couple of rock stations. Here are four songs that we were hearing that summer…

Four years earlier, I’d worn out my cassette of Asia’s self-titled debut. By 1986, the group had released two anemic follow-up albums and my tastes were moving in an entirely different direction.

Still, I was curious when former Asia (and Yes) guitarist Steve Howe joined with original Genesis guitarist Steve Hackett to form GTR. The first single, When The Heart Rules The Mind, hit radio and was enough to get me to purchase the full album (which I think I listened to a few times and filed away).

from Measure For Measure

I knew Australia’s Icehouse from hearing their song Icehouse on 97X. Of course, while I would have much preferred listening to 97X as Dave and I went about our day, there was no way of pulling in my favorite station.

However, No Promises got a bit of airplay on one of the stations we could get and the dreamy, hypnotic track was one that I was always happy to hear. It reminded me of This Is Not America, the collaboration between David Bowie and Pat Metheney from a year earlier.

Goofy and raucous, Jungle Boy was made for blaring from the radio on a hot, summer day. In some alternate universe, I imagine the inhabitants are sick of hearing Jungle Boy at sporting events and Gary Glitter’s Rock And Roll (part 2) is largely forgotten.

from Eat ‘Em And Smile

While I was toiling in the sun with Diamond Dave during the summer of ’86, the other Diamond Dave was in tribal gear, demanding a jelly doughnut from a convenience store clerk, in the opening of the video for Yankee Rose.

Though Roth had notched a couple solo hits from his Crazy From The Heat EP from the previous summer, Yankee Rose served as his first release since actually exiting Van Halen. Meanwhile, Van Halen had released their first record since replacing Roth several months earlier.

Both albums were successful, but things would never be the same.