Children Of The Corn 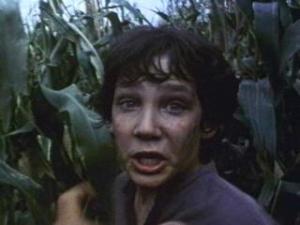 Guns N’ Roses’ Appetite For Destruction was released in late summer of 1987, months before I started my sophomore year of college and a year before Sweet Child O’ Mine became a smash.

I started working in a record store that autumn and, not surprisingly, most of the music to which I was listening was more likely to be seen in video form on MTV’s 120 Minutes, not Headbangers Ball.

My introduction to Guns N’ Roses came from our manager who would blare Appetite as soon as the store would close. I dug the sonic adrenaline rush of the opening Welcome To The Jungle, but I dismissed the band as just another pile of hair.

(our manager had fled town after supposedly embezzling store funds)

In the spring of ’89, with Appetite For Destruction still selling enough to be in the Top Ten, the EP G N’ R Lies was released and I became a fan.

For the next half-dozen years or so, Guns N’ Roses were a staple of the pop culture landscape, much of the time for something lead singer Axl Rose had done, like start a riot.

Despite all of the nonsense, I couldn’t help but pull for Axl throughout the years.

Perhaps he was some spoiled, megalomanical brat.

Perhaps he was simply misunderstood.

But, he was a fellow Hoosier.

I could picture Axl as some small-town ne’er-do-well who might have hung out with my childhood buddy Will’s older brother.

Axl was some guy I might have known who had made it out and was in the biggest band in the world.

As Axl and Guns N’ Roses were first taking the world by storm, I had never been more than a few hundred miles from home.

Our world was corn and basketball.

I love both, but there was a lot of corn, fields of the stuff in all directions – no matter where you live – in much of the state.

It can make a kid growing up there a bit touched.

Sitting on the couch, blowing off class and watching MTV, seeing Axl shriek a love song to the daughter of one of the Everly Brothers as he shimmied with the mic stand…it seemed strange to think that he was once one of us.

It’s still hard not to pull for him.

Here are four songs from acts with Indiana connections…

I probably first knew of The Jackson 5 through their Saturday morning cartoon and likely didn’t realize that Michael and his siblings were from Gary, Indiana – no more than a couple hours away.

There’s really nothing to write about the ebullient pop/soul/bubblegum classic I Want You Back that hasn’t been said, but it’s still amazing to think that it’s a ten-year old singing the song.

I might have been one of the few people at the time that didn’t reach a point where Blind Melon’s No Rain and the “Bee Girl” would provoke visceral, involuntary rage. I still find the song winsome and charming.

As a fellow Hoosier, I felt especially bummed out at the news.

Galaxie, supposedly inspired by Hoon’s car, alternated between a melody that shifted from jittery to almost ethereal and back again with an effortlessness that draws me in each time I hear it.

Debates about who does or doesn’t constitute Guns N’ Roses aside, guitarist and co-founder Izzy Stradlin was arguably the most musically indispensible member of the band.

Stradlin walked away from Guns N’ Roses not long after the release of Use Your Illusion in the autumn of ’91. Stradlin’s self-titled release with his band Ju Ju Hounds – with appearances from Ron Wood and Nicky Hopkins – was a favorite with the staff of the record store where I was working.

And, Ian McLagan adds Hammond on the laid-back and groovy Shuffle It All.