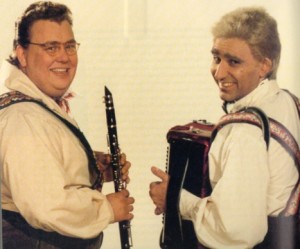 While trekking about this morning, I had the Sirius tuned to the Bruce Springsteen station because, as you might be aware, there is no channel devoted to The Smiths.

As Be True blared from the speakers, The Big Man was – as the jazz cats might say – blowin’ notes and it occurred to me that the saxophone has all but vanished from rock and roll over the past several decades.

Then, it occurred to me that, though the saxophone might not be as prominent in rock music as it might have been in the ’50s and ’60s, at least the instrument does have a time-honored place within the genre.

Then, there is the accordion.

I learned a lot of things from the movie Ishtar. It aired often on cable in the late ’80s and when it comes to trekking forty-five minutes through snow and a sub-zero wind chill to a ten o’clock class or watching Ishtar on cable…at home…where it’s warm…Ishtar it is.

Aside from learning that it is unwise to buy a blind camel, a lyric from a song in the movie has stuck with me…

Telling the truth can be dangerous business
Honest and popular don’t go hand in hand
If you admit that you play the accordion
No one will hire you in a rock ‘n’ roll band.

As a child of the ’70s/’80s, I also am well aware that, growing up, Dennis DeYoung played the accordion. I’m not disinclined toward the former leader of Styx, but cool does not come to mind when I hear his name.

There is “Weird Al” Yankovic, who first came to me and my friends attention in junior high school when My Bologna got a lot of airplay, but, after immediately thinking of Springsteen’s 4th of July, Asbury Park (Sandy), I struggled to think of other rock songs that made use of accordion.

A bit of quick research and I suddenly had a lengthier list of stuff that I owned with accordion. Here are four of them…

I was in Thailand when Storm Front was released in late 1989, but when I returned to the States at Thanksgiving my dad mistook R.E.M.’s It’s The End Of The World As We Know It for Joel’s We Didn’t Start The Fire, already the album’s mammoth initial hit.

I’ve always dug The Downeaster ‘Alexa’ on which Joel sings about the plight of Long Island fisherman with the driving music capturing the nautical vibe. In addition to accordion, there’s some cool violin credited in the liner notes to “World Famous Incognito Violinist.”

(rumored to have been Itzhak Perlman)

As I was working in record stores, I knew the name k.d. lang as her early records arrived in the latter half of the ’80s. But, she was filed under country, so I couldn’t have been less interested at the time.

By the early ’90s, I was working in a much, much larger record store and I was invited to see lang shortly after Ingénue was released. So, the first time I ever heard lang’s music was live and I was blown away. She remains one of the more captivating live acts that I have ever seen.

Ingénue went on to be the singer’s commercial breakthrough and leading the way was Constant Craving with its mesmerizing melody – “borrowed” several years later by the Rolling Stones on Anybody Seen My Baby? – and lang’s yearning vocals.

I wasn’t a fan of everything by Siouxsie & The Banshees, but there was stuff that I thought was brilliant and quite inventive. They’re undeniably one of the iconic acts of modern rock.

Peepshow, on which Peek-A-Boo first appeared, got a lot of play in the record store where I worked in college. Peek-A-Boo was genius – a bizarrely hypnotic pop song comprised of samples, backwards masking, accordion, discordant guitar, and Siouxsie Sioux’ haunting vocals.

Good for The The’s Matt Johnson getting a boost to his bank account from This Is The Day being used in commercials for M&Ms. Critics’ favorite Johnson was largely ignored in the States, though I’d occasionally hear The The on 97X at the time.

Kiss Them For Me 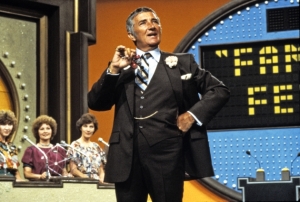 I was surprised to come across news of the death of Richard Dawson the other morning. Paloma expressed what I had thought as I mentioned it to her.

“Is he still alive?”

He might have been mostly absent from the screen for the past couple decades, but, as a child of the ’70s (as well as the ’80s), I was well acquainted with Richard Dawson from a world before cable television.

Watching Hogan’s Heroes at the end of its original run in the early ’70s is part of my haziest memories.

During the decade he was also a fixture as a panelist on Match Game which aired in the afternoons. Sometimes I’d catch it after school and, as a kid growing up in a small town in the Midwest, I found the double-entendres and bawdy humor to be irresistible.

During the summers – or on days home sick during the school year – Dawson would be hosting Family Feud about the time we’d begin clamoring for lunch.

And, of course, Dawson was wickedly compelling as he satirized his role of host as Damon Killian in the prescient The Running Man which I watched a number of times on cable while in college in the late ’80s.

That’s the last I saw of Richard Dawson and apparently he was pretty much retired in the twenty-five years since The Running Man.

But he provided a lot of amusement to me as a kid. He had a rougish charm and seems like a guy with whom you’d enjoy sharing a few rounds.

So, I raise a pint to you, Richard Dawson. And here are four songs to accompany the smooching Dawson was known for on Family Feud…

I’d discovered Siouxsie & The Banshees in late 1983 when their cover of The Beatles’ Dear Prudence was a staple on 97X. And, I continued to follow them while in college where they were much adored by the college rock crowd.

By 1991, I was a year or so removed from school and Siouxsie Sioux and her gang were losing momentum, but not before the goth-rock pioneers finally notched a Top 40 hit in the US with the swirling sound kaliedescope Kiss Them For Me.

The duo of guitarist David Russo and vocalist Joan Jones who comprised Sun 60 (or Sun-60) released a trio of fine alternative rock albums during the first half of the ’90s that deserved more attention than they received.

The brassy come-on C’mon Kiss Me appeared on their swan song, Headjoy, which found the duo a little grungier but still catchy as could be.

Bruce Springsteen finally issued the odds and ends of twentysome years with the four-disc set Tracks in 1998.

(and there was much rejoicing)

Though hardly essential, the Darkness On The Edge Of Town outtake Give The Girl A Kiss is a rollicking, horn-infused workout that probably still echoes in some Jersey shore dive. 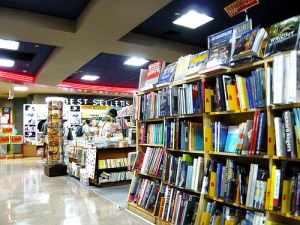 One of the record stores at which I worked was immense – we stocked upwards of 90,000 CDs and had several different listening environments.

Most of the store was arranged in sections by genres that would be familiar to most folks who have spent time in a record store.

(back when they existed)

But, our store had one section, created at the discretion and insistence of Jen, our main buyer, that baffled us…

None of us truly understood what the hell our buyer wanted stocked there.

To qualify, the artist had to possess xx chromosomes. Beyond that criteria, no one knew what determined whether (a then unknown) Sarah MacLachlan was filed in the rock section or the women’s music section.

Now, according to Wikipedia, women’s music is “music by women, for women, and about women” and Ladyslipper has been one of the major labels for the genre.

We did stock a good hundred or more titles by the label at any given time, but that definition doesn’t explain why Jen tried to migrate the Kate Bush UK releases from the import aisle to women’s music.

I’ve been a fan of Kate Bush since The Hounds Of Love and – though I suppose some of her work might resonate for me a bit more if I was a woman – I have found that having testicles hasn’t hindered my enjoyment of her music.

(and, at least in the case of her video for Babooshka, there might have been more resonance for me as a guy)

The women’s music section might have started out as “music by women, for women, and about women,” but what it actually became was music by women for Jen.

She had carved out her own, sovereign musical nation within our store – a breakaway republic populated by the music she loved.

(and, given enough time, I have no doubt that she would have somehow relocated Cheap Trick and The Raspberries – both bands were favorites of hers – into her utopian kingdom)

from Twice Upon A Time: The Singles

One of the first songs by Siouxsie Sioux and company that I recall ever hearing, Cities In Dust is also one of their poppiest tracks.

The Los Angeles band Ednaswap’s name was, apparently, taken from a band that appeared in a dream by lead singer Anne Preven. Their self-titled debut from 1995 is slightly grungy with a twist of alternapop.

The band made little impact over the course of three albums, but Australian singer Natalie Imbruglia covered Torn several years after the track appeared on Ednaswap’s debut and her more polished version of the song became a global smash.

Personally, I think I prefer the more unvarnished original – which rocks a bit more – and Preven’s far more soulful pipes.

The Go-Go’s ruled the world briefly when their 1981 debut Beauty And The Beat became one of the biggest selling albums of the following year and landed the all-female quintet on the cover of Rolling Stone.

The follow-up Vacation had not a chance of matching Beauty And The Beat, but the title track was destined to be an ’80s classic and it’s still a fun record.

And though it doesn’t have a chorus as memorable as their finest moments, the pounding Get Up And Go is a giddy delight.

If you recognize the vocals on this version of the oft-covered I Only Want To Be With You, there’s good reason as it’s unmistakably Annie Lennox, who spent a few years as a member of The Tourists with one Dave Stewart.

Annie and Dave went on to fame as Eurythmics with a string of imaginative and evocative singles and several very, very good albums during the ’80s.