“The Biggest Man You Ever Seen” 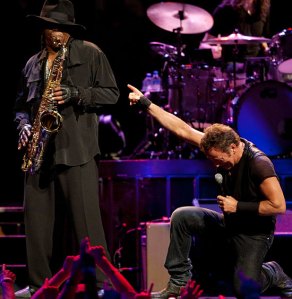 It was June 9, 1984 – a Saturday – that I made it into Cincinnati and bought a copy of Bruce Springsteen & The E Street Band’s Born In The U.S.A, which had been released five days earlier.

Though I knew a handful of songs by Springsteen from the radio, Born In The U.S.A. was his first album released with the E Street Band since I had become obsessed with music.

It was their first album where I was there.

It was the first album by the already-legendary band that I would own.

I was hardly alone as Springsteen brought a lot of new fans into the fold as Born In The U.S.A. sold millions, dominated the musical landscape, and the band embarked on a sell-out tour that seemed to last forever.

At that age, for me, it did seem like forever.

I had just finished my sophomore year of high school that Saturday when I purchased Born In The U.S.A. and I was making plans to come home for Thanksgiving from my first semester at college when the sprawling Live/1975–85 set was released at the tour’s culmination.

A year later, Tunnel Of Love arrived and though it was a success, there was no possibilty of maintaining the fervor that had surrounded Springsteen and a portion of that audience – for whom the music might have been no more than a trendy accessory – had moved on.

I was in for the long haul.

Oh, I didn’t become one of those Springsteen fans that can recite setlists at will, but each new release was anticipated and, as those releases became catalog, the music was cherished.

I wouldn’t see Springsteen live until ’96 when Paloma and I caught a show on his acoustic, solo tour for The Ghost Of Tom Joad. It was memorable, but, after years of reading of and seeing clips of Springsteen performing with the E Street Band…

Finally, in 2000, I had the chance to see the E Street Band on their reunion tour.

It was everything I’d read of, heard of, or been told of for twenty-some years and though it was the joyous three-hour celebration I’d been promised, but perhaps the most memorable moment had been the performance of the sparse, solemn If I Should Fall Behind near the end.

One by one, Bruce, Steve, Nils, and Patti stepped up to the mic, sang a portion of the song and stepped aside for a bandmate before surrendering the spotlight to Clarence, playing the sax and singing with Bruce.

It ended with the five of them crowded around that one mic together.

Of the however many hundreds of shows I’ve attended, I have never seen a band that seemed so genuinely happy to be together. There was a love and devotion between this somewhat disparate group of people that was palpable even from the cheap seats.

I left the arena that night knowing that – trademarked self-anointments be damned – I had just seen the greatest rock and roll band in the world.

I had one last chance to see them together, sharing a show with Paloma eight years later.

I’ve been surprised at how truly sad I have felt at the passing of The Big Man.

Maybe it’s because the E Street Band loomed so large during my sixteenth summer.

Maybe it’s because it seems as though this collection of scrappy underdogs has always been there and it seemed that they always would be.

Maybe it’s the stark reminder that not even The Boss is immune from the inexorable march of time.

And maybe it’s the realization that there is no more E Street Band.

Hours I’ve spent the past few days reading the recollections of fans and those tributes rightfully mention Springsteen classics like Rosalita, Thunder Road, Born To Run, and Jungleland, songs that were made transcendent by the sound of Clarence Clemons’ saxophone.

But it was none of those songs that I heard in my head upon learning of Clarence’s death.

Instead, the song that came to mind was one from Springsteen’s 1995 Greatest Hits set that had been newly recorded by the reunited E Street Band.

The song captured the bond between Bruce and his bandmates that, for me, made them a band for the ages and makes me grateful I got to witness some of it. 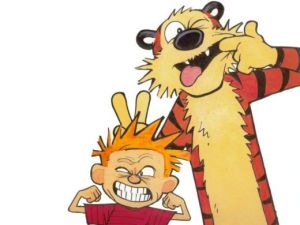