The Dead Of Winter 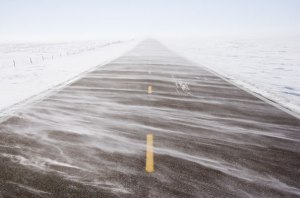 I have no idea when I became aware that new albums and cassettes didn’t simply sprout randomly in the bins and racks of record stores but, rather, arrived on a (theoretically) predetermined date – the street date.

As I became a music consumer in the early ’80s, this information wasn’t at your fingertips and was as much rumor and speculation as actionable intel.

At the time, I was frequenting record stores like mall staples like Camelot and Record Bar, cooler chains like Peaches, and a few smaller independent stores like Globe. All of them made some attempt to provide release dates.

Most of the time there was something posted on the counter top by the registers. It might be a list clipped from Billboard. If it was, it would be, maybe, a scant dozen titles and usually limited to major releases.

Other stores would have a handwritten list taped to the counter, often riddled with corrections and dates crossed out or changed. And, still others made use of chalk or dry erase boards.

Often I simply got release dates from DJs on the radio.

Regardless of how the information was disseminated, it was hardly gospel.

And, by the time I reached college, I had definitely learned to expect little in the way of new music in January. It was a barren stretch of a month when the labels often dumped titles for which they had little commitment.

A January release was often the precursor to the act being dropped.

A college roommate called me after we’d parted ways with news of a band whose failed debut we had loved. We had graduated as we were expecting the follow-up and, belatedly, it was finally slated for release.

“It comes out in January,” he told me and we both knew what it meant.

1982 was the year that I truly began to devote the few dollars I had to purchasing music. Here are four songs from albums that arrived in January that year…

The Waitresses brief career – two albums and one EP – was launched when their debut, Wasn’t Tomorrow Wonderful?, arrived with the new year in 1982. The New Wave band from Akron would have a minor hit that summer with the sassy, saxophone-driven I Know What Boys Like which I was introduced to when the band performed the song on Solid Gold.

I was certainly unfamiliar with XTC at the beginning of 1982, though I would at least know the name of the English trio by that spring when I took note of the listing for English Settlement and the unusual band name in a catalog for the Columbia Record & Tape Club.

I wouldn’t actually hear XTC until the autumn of the following year when 97X went on the air. The band would be a staple on the station as they would be a favorite amongst the college rock crowd into the next decade.

Hanoi Rocks was a band that I knew from leafing through the pages of Circus – one of the few music magazines on the rack at the drug store in my hometown. That the Finnish band was in Circus, whose emphasis was on hard rock and metal bands, did little to pique my interest.

(I did dig the band’s name and I still think that Bangkok Shocks, Saigon Shakes, Hanoi Rocks is one of the coolest album titles of all time)

After Guns N’ Roses’ Appetite For Destruction broke, I recall the opinion that it might have been Hanoi Rocks having such success had the band’s career not been derailed by the death of their drummer.

Years later, I finally checked out Hanoi Rocks after snagging several CDs in a cut-out bin and it was indeed like hearing some proto-Guns N’ Roses.

Huey Lewis & The News’ Picture This was actually released at the tail end of January, so, even though the band’s debut had gotten little attention, maybe the label hadn’t totally given up on the band. Maybe they weren’t surprised at the success of Picture This and Do You Believe In Love.

Of course, no one would have predicted how inescapable Huey Lewis & The News would be during the rest of the decade. Reviled by many, the band had stuff I still dig – Workin’ For A Livin’, Heart And Soul, If This Is It, The Power Of Love – and stuff I never did – I Want A New Drug, The Heart Of Rock And Roll, Hip To Be Square…

The bouyant earworm Do You Believe In Love ends up among the former group.

This entry was posted on Saturday, January 5th, 2013 at 7:09 am and is filed under 1982, Hanoi Rocks, Huey Lewis & The News, release date, The Waitresses, XTC. You can follow any responses to this entry through the RSS 2.0 feed. You can leave a response, or trackback from your own site.

2 Responses to The Dead Of Winter