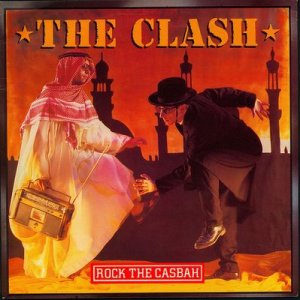 At some point last year, I started a semi-regular tradition of pulling up a Hot 100 chart from Billboard magazine and dissecting the debut songs for a given week in the early ’80s (when I was first listening to music and most familiar with Top 40 radio).

It was an idea that I nicked from 70s Music Mayhem, a groovy blog that I’d been reading for awhile.

Each Saturday, like clockwork, there would be a new post in which Chris Stufflestreet would cover the songs that had been a debut on the Hot 100 from a corresponding date in the ’70s. It was an engaging mix of Joel Whitburn, Casey Kasem, and childhood nostalgia that was a favorite read.

And then, earlier this week, I was perusing another favorite internet outpost, The Hits Just Keep On Comin’, and was surprised to read that Chris had passed away last week.

I seem to recall exchanging an e-mail or two with Chris and the occasional comment on each other’s blog. I knew that he was considerably knowledgeable about baseball cards and I had been meaning to solicit his thoughts on a few items of sports memorabilia, but…

I didn’t know Chris, but, through his writing, I kind of felt like I did.

I’ll miss having his words to read as I lazily ease into a Sunday morning with coffee and offer my heartfelt condolences to any of his friends or family who might stumble upon here.

Punk didn’t make it to our part of the Midwest and, though I knew The Clash by name, I had never heard their music prior to Rock The Casbah.

I thought that Rock The Casbah was übercool as was the song’s video which makes fine use of both Burger King and armadillos.

I can’t say that I’ve ever had much affinity for Bad Company, though I much prefer the Paul Rodgers era to the late ’80s/early ’90s stuff sans Rodgers that briefly saw the band return to mainstream success.

And I can’t say that I’d ever heard Electricland, though its subdued, mysterious vibe briefly held my attention before I lost interest.

Missing Persons was as exotic as exotic got for me and my friends in 1982 and we totally took to the band. Their sci-fi, synth sound and the comely looks of lead singer Dale Bozzio – and her plexiglass, fishbowl bra cups, bikini bottoms made of posters, and cotton-candy hair – were irresistible to our teenage ears and eyes.

I think we all had a cassette of Spring Session M and I still dig it when Words or the spacey, hypnotic Destination Unknown pops up on the iPod or Sirius.

During my junior high/high school years, Billy Squier was a rock god to most of the kids in my hometown. Of course, he was toppled from that exalted position as minor deity by the infamously bad video for Rock Me Tonight in 1984.

But when Emotions In Motion came out, he was still cool and Everybody Wants You was constantly playing from a radio or car stereo.

In fact, DJ Mark Sebastian from Q102 in Cincinnati – the station most of us listened to at the time – played the damned song repeatedly one night on his shift for an hour or two after supposedly locking himself in the DJ booth.

Apparently it was Irving Azoff, one of the film’s producers, who pushed for the inclusion of four solo Eagles and other ’70s acts on the soundtrack of Fast Times At Ridgemont High. The movie was a sensation but the kids in my high school in 1982 were listening to The Go-Gos and The Cars – who also had songs used – not Graham Nash, Jimmy Buffett, or Timothy B. Schmit.

Schmit’s contribution was a cover of So In Love, a hit by The Tymes from twenty years earlier, making the song positively antediluvian to us. Yet the song played during a closing scene in which the geek got the girl and, if its charms escaped me then, I find it pleasant enough now.

I had never heard Right Here And Now by Righteous Brother Bill Medley or, if I had, it hadn’t stuck. I listened to it and promptly forgot almost everything about it.

But, I do recall thinking that it wouldn’t have been out of place on one of the three or four soft rock stations on our dial in 1982.

Paul McCartney’s 1982 album Tug Of War arrived with great expectations as it found the former Beatle reuniting with producer George Martin. The album received glowing reviews at the time and became a huge commercial hit driven by the ubiqitous duet with Stevie Wonder, Ebony And Ivory.

The title track was pulled as the third single from Tug Of War – following the breezy, summer hit Take It Away – and alternates between gentle and dramatic with a lilting melody and a hopeful vibe.

Linda Ronstadt had a fairly impressive run of hits in the ’70s, but her singles began to receive a less attention with Get Closer. To me, the title song from that 1982 album lacks the personality of her ’70s stuff.

I can’t hear Linda Ronstadt and not think of a classmate not long after Ronstadt had released Living In The USA album – the one with a cover shot of her on roller skates and wearing an inconceivably short pair of satin shorts.

Our teacher asked us to name something twelve-year old boys wanted.

The classmate raised his hand and replied, “Linda Ronstadt.”

A cover of a track by Yes’ Jon Anderson and Vangelis, Donna Summer’s State Of Independence has a bouncy, reggae hitch and a quasi-spiritual lyric. The song builds to an inspirational swell with a vocal choir that included Michael Jackson, Brenda Russell, James Ingram, Dionne Warwick, Kenny Loggins, Lionel Richie and Stevie Wonder.

I’ve not heard the original, but I was familiar with Moodswings’ version – retitled Spiritual High (State of Independence) – from the early ’90s which featured Chrissie Hynde on lead vocals.

Even though there wasn’t a lot of R&B on the radio when I first started listening – we had one station on a remote portion of the dial – Diana Ross was all over pop stations with songs like Upside Down, Endless Love, and Why Do Fools Fall In Love?

Still, about the only time I heard Muscles was when listening to Casey Kasem and American Top 40 on the weekends. It struck me as an odd song – a slow, sparse track with Ross cooing and sighing of her longing for buffness.

Of course, each week Casey would remind listeners that the song was written by Michael Jackson who soon was on the countdown with The Girl Is Mine, his duet with Paul McCartney and the first single from Thriller which would arrive that Thanksgiving.

This entry was posted on Saturday, September 29th, 2012 at 10:58 am and is filed under 1982, Bad Company, Billboard (magazine), Billy Squier, cover songs, Diana Ross, Donna Summer, Missing Persons, Paul McCartney, radio, The Clash, Timothy B. Schmit. You can follow any responses to this entry through the RSS 2.0 feed. You can leave a response, or trackback from your own site.