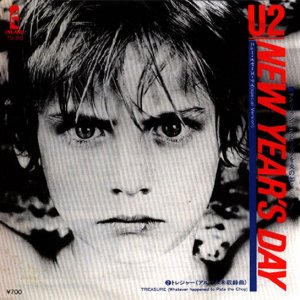 The hoops season has ended.

Yeah, there’s still the remainder of the NBA season and the interminable playoff march, but that can’t match the tension of its high school or college equivilant.

I’ve gotten to see my alma mater win a national championship, but that wasn’t as memorable as the run our high school team had in ’83. Twenty-six wins, most of them in dominant fashion…

…two losses, both by one point, both on the opponent’s court to a school that went on to win the state title that season.

9our state didn’t divide schools into classes based on enrollment – it was one title, period)

The school that ended our season was about four times the size of ours.

Our team was loaded and led by an all-state small forward who was also a state champion high jumper during track season. Though he was entirely capable of dunking in games, one of the few times he did that season was on the last play in the regionals.

It left the margin of the loss to the eventual state champs as one, single point.

(at that time, there was no three-point shot that would have given us the chance to tie)

Twenty-nine years ago, a lot of us were still in the doldrums from that loss several weeks before. I helped muddle through it with music and I was well familiar – or would be – with the eight songs that were making their debut on Billboard‘s Hot 100…

U2’s first hit single couldn’t even crack the Top 40 in the US and, at the time, I rarely heard New Year’s Day on the radio. I do know that I heard of U2 from my buddy Bosco who was continually turning us on to new music.

(of course, at the time we thought Bono was pronounced like Cher’s ex-partner)

But come that autumn, I discovered U2’s music for myself with the live Under A Blood Red Sky and the newly-minted 97X. And though War hasn’t aged as gracefully as some of the band’s catalog, the adrenaline rush of New Year’s Day is essential.

I know that they’ve released a lot of albums during their career, but the Canadian band Saga didn’t have much success here in the US. No doubt best known for On The Loose, I much preferred the follow-up, Wind Him Up.

And, it was always fun for us to mimic lead singer Michael Sadler saying, “No luck today.”

Sure, everyone could hum The Warrior (and picture its Kabuki-themed video) in 1984, but Scandal was well known to us a summer earlier when Goodbye To You and Love’s Got A Line On You were radio staples.

The former was not to be trifled with, a straight-ahead kiss-off with some New Wave sass, but Love’s Got A Line On You was a mid-tempo groove on which tough-chick singer Patty Smyth seemed slightly more vulnerable.

(neither song reinvented fire, but both were ridiculously catchy)

In 1983, I Melt With You was a minor pop hit with an undercurrent of Cold War fatalism.

Thirty years later, my mom would recognize the song from its use to sell Burger King and Hershey’s chocolate.

And though the music of the ’80s has been much maligned, the dizzingly romantic I Melt With You is as perfect a pop song as any that came before or after it.

There was only one R&B station available on the dial within reception and I didn’t spend much time tuned into it. But, I heard Champaign’s laid back Try Again a lot on the pop and soft rock stations. Its mellow groove wasn’t too different from their hit How ’bout Us from a couple years earlier.

I knew little of ZZ Top when Eliminator was released aside from I Thank You, which I knew and loved from hearing it on the bowling alley jukebox. Though Gimme All You Lovin’ wasn’t a mammoth hit, it was all over the radio that spring and summer as Eliminator – propelled by a series of videos – became one of the biggest albums of the year.

Duran Duran hooked me the first time I heard Hungry Like The Wolf. The song seemed to be always on the radio during the first few months of 1983 and the song’s video a staple on the fledgling MTV.

Q102, the station of choice for me and my friends, was playing Rio well before Hungry Like The Wolf had worn out its welcome. Though I much preferred the latter, Rio‘s manic charm proved to be irresistible as well and made its parent album one that most of us owned.

This entry was posted on Wednesday, April 4th, 2012 at 5:59 pm and is filed under 1983, Billboard (magazine), Champaign, Duran Duran, Irene Cara, Modern English, radio, Saga, Scandal, U2, ZZ Top. You can follow any responses to this entry through the RSS 2.0 feed. You can leave a response, or trackback from your own site.