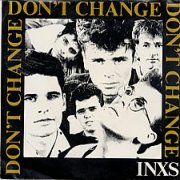 As the year began, I had begun to explore more of the radio stations available to me in our corner of the Midwest, gaining familiarity and interest in songs and artists that I might not have heard on Top 40 radio.

I was also hearing music from the ’60s and ’70s, some of which existed as vague recollections, but much of it for the first time.

There would never be a time in which more music would be a wholly new experience for me.

But, American Top 40 with Casey Kasem was still appointment listening each week, offering an education in the acts appearing in the countdown that was not easily obtained in a pre-internet world.

And, 1983 was still a time of a fair amount of diversity on Top 40 radio, meaning that, while I might not particularly like the song playing at any given moment, I was a mere four minutes away from one that I did want to hear.

For our purposes today, though, we’re examining the the songs which debuted on the Hot 100 in Billboard magazine during the week of July 16, 1983…

I didn’t know much, if anything, about Mitch Ryder in 1983 and I still have little more than a cursory knowledge of the legendary Detroit rocker’s career thirty years later.

When You Were Mine had first appeared on Prince’s Dirty Mind set in 1980 and – though Prince was becoming a household name with 1999 that summer – I wouldn’t become familiar with the song until hearing Cyndi Lauper’s version on her debut She’s So Unusual in late ’83.

Despite production assistence from John Mellencamp (who, I think, would have still been John Cougar at the time), I don’t recall hearing Ryder’s stellar take on When You Were Mine in 1983 and I suspect that I wasn’t alone.

I’ve sung the praises of INXS’ Don’t Change in the past and I will undoubtedly do so in the future. I was indifferent to The One Thing, the initial hit from Shabooh Shoobah, but I instantly fell for Don’t Change.

With soaring synthesizers, grinding guitars, and Michael Hutchence’s defiant vocal, Don’t Change is an anthemic track that is an open road leading to a destination of infinite possibilities.

Jeffrey Osborne had a handful of hits in the first half of the ’80s after abdicting his post as lead singer of the R&B act LTD and I was familiar with most of them.

On Don’t You Get So Mad, Osborne advises his significant other to keep her jealousy in check over a light funk melody. The song didn’t really appeal to me, but I do remember being slightly puzzled by my buddy Beej’s affection for it.

Grown-ups have long warned of the evil influence of pop music on “the children” and, though I’ve heard plenty of songs that might have touted less than acceptable behavior, I’ve managed to avoid becoming a menace to society.

However, Legal Tender, The B-52’s ode to counterfeiting is such a bouncy delight, I’m tempted to follow their lead and start cranking out tens and twenties in the spare room.

Is it possible to say “Humperdinck” and be serious?

I suspect I knew of Engelbert Humperdinck from seeing him crooning away on some daytime talk show – maybe Dinah Shore’s – as a kid after school. Or, it’s certainly the type of music I might have heard my mom playing on occasion on the cabinet stereo in our living room.

As for Til You And Your Lover Are Lovers Again, I was certain that I was hearing that rascally Engelbert putting the moves on some woman estranged from her husband. It turns out that, though he might be a crooner, Engelbert’s intentions are honorable.

I, like most listeners, knew Welsh singer Bonnie Tyler for her 1978 Top Ten hit It’s A Heartache, but I distinctly remember being wowed by Total Eclipse Of The Heart the first time I heard the song on the radio one steamy summer day in ’83.

I don’t think that I had ever heard anything so epic and the song seemed to last the entire afternoon.

I totally dug it.

Like some demented scientist, producer/songwriter Jim Steinman had assembled a musical cast of thousands – including guitarist Rick Derringer, E Street bandmates Roy Bittan and Max Weinberg – to back Tyler as she raspily belted out her tale of woe to the heavens with enough melodrama that the song could have filled a Behind The Music episode all on its own.

If Steinman drives like he writes and arranges a song, the man has needed the sizable royalty checks he’s accumulated simply to pay his speeding tickets.

I loved Naked Eyes’ update of Burt Bacharach and Hal David’s Always Something There To Remind Me when the UK synth duo reached the Top Ten with the song as their debut in the spring of 1983.

I was far less enamored with Promises, Promises and, though the track failed to follow Always Something There To Remind Me into the Top Ten, I seemed to hear it far more on the radio.

This entry was posted on Saturday, July 16th, 2011 at 11:49 am and is filed under '80s, 1983, Billboard (magazine), Bonnie Tyler, childhood, Engelbert Humperdinck, INXS, Jeffrey Osborne, Mitch Ryder, Naked Eyes, radio, The B-52's. You can follow any responses to this entry through the RSS 2.0 feed. You can leave a response, or trackback from your own site.