The Eighth Of December 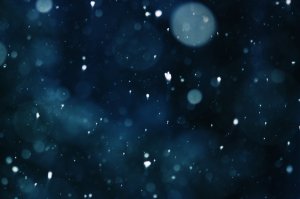 There are a lot of music fans today recalling and recounting the details of their lives when they learned that John Lennon had been murdered.

My memories are hazy and uneventful.

December 8, 1980 was a Monday and a lot of folks had the sad news broken to them on Monday Night Football, but I had gone to bed at halftime and missed Howard Cosell’s anouncement.

The next morning, I might have heard the news on Good Morning America . The television was undoubtedly tuned to the show as everyone scrambled about preparing for the day.

But, I don’t recall hearing the news of John Lennon’s death from David Hartman or Joan Kunden as I ate a bowl of Cheerios. It might have been because my usual routine that morning was altered with a dental appointment.

I learned of the death of one of the most iconic figures of the 20th Century from the radio station playing as I got my teeth cleaned.

I was thirteen and my interest in music was casual. Of course, I knew the music of The Beatles.

(is there anywhere in the world – where there is electricity – where their music isn’t known?)

But, I have to confess, the news had little effect on me.

I was a passive witness not an active participant.

As the years passed and music became a more important part of my life, as I learned the lore of bands and artists that had ruled the world, John Lennon’s death took on more significance.

On December 8, 1990, I had just finished the final credits for a misconceived degree and the world was headed toward the first Gulf War.

MTV had added the video for an updated version of Lennon’s Give Peace A Chance performed by The Peace Choir, which brought together Yoko, Sean Lennon and an array of artists including Peter Gabriel, Iggy Pop, Cyndi Lauper, Little Richard, Randy Newman, Tom Petty, Duff from Guns ‘N Roses, Wendy & Lisa, LL Cool J, Lou Reed, and numerous others.

That night, walking home from the record store where I worked, I switched my Walkman from the cassette to which I was listening and channel surfed radio stations. The brightness of the moon illuminated the landscape as it poked through fluffy clouds in the night sky.

It was one of those skies that, in the Midwest, you recognize as heavy with snow.

On the radio, the DJ – like DJs all over the world – was noting the passing of a decade since John Lennon’s death and playing songs of the late Beatle.

I trudged back to my apartment and was greeted by my dog. Those minutes after returning home from work or class (or both) often redeemed the day.

Part German shepherd, part Golden Retriever, Coke – a nickname not affilated with the drink or narcotic – loved water and, even more so, he loved snow.

I walked around the apartment grounds with him that night, probably pondering the idea of ordering a pizza, watching some college hoops, and becoming one with the couch.

Then, both of us looked up as, suddenly, massive flakes – the size of baby birds – began to flutter from the sky.

Once inside, I was too drowsy from being out in the crisp air to do much more then thrown on some sweats and a baggy sweater that was a size too big. I lit some candles, put on some Beatles and Coke and I stetched out on the couch and listened as the snow continued to fall.

This entry was posted on Wednesday, December 8th, 2010 at 12:08 pm and is filed under 1990, anniversary, childhood, childhood friends, college, cover songs, John Lennon, pets, remembrance, snow, The Beatles, The Peace Choir, time. You can follow any responses to this entry through the RSS 2.0 feed. You can leave a response, or trackback from your own site.