Amish In The Airport, Failed Card Cheats, And My Imaginary Mail-Order Bride 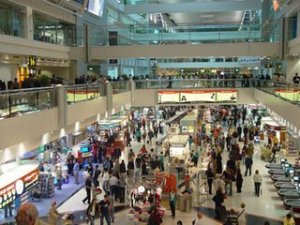 Not long ago, I made an airport run to pick-up Paloma. As much as I loathe flying, I love airports.

Part of the allure of airports to me is the sense of possibility. One minute you’re here and, in a given amount of time, you can be somewhere else – possibly somewhere far, far away. It’s why I used to always keep my passport on hand.

However, it is the sheer human circus and the kinetic energy contained at airports which is also very appealing. This was immediately apparent as I sat near the baggage claim, trying to discern the difference, if any, between the flight designation “landed” and “arrived.” (although, it would seem impossible, as well as undesirable, to land before arriving).

A small group, seemingly a family, passed my position. They appeared to be Amish.

I mean, based on what I’d seen in the movie Witness, they certainly fit the description. The women wore simple, ankle-length frocks and bonnets. The lone man, an older fellow, was sporting suspenders, a straw hat and wore his facial hair in the style of a beard sans moustache. He certainly looked like a Jedidiah or Ezekiel.

Of course, when I think of the Amish, I think of churning butter, pies, and raising the occasional barn. I do not think air travel.

Something else that caught my attention was the rather uncomfortable-looking footwear I repeatedly saw rather stylish women wearing. Snowshoes could be all the rage for all I know (although, I’d like to think I’d notice), but these women were wearing what I would describe as wooden shoes.

Wooden shoes? Is this something that the Dutch are behind? Do they hate Americans because we are free and, to retaliate, have chosen to dupe women into wearing ill-fitting footwear, leading them to be irritable and, thus, creating friction between the sexes and undermining our way of life?

My observations were leaving me with far more questions than insights.

Suddenly, a dodgy, little fellow sat down next to me. His twitchy demeanor, bushy moustache, and shifty eyes made me think that he would cheat at cards (and not well, at that). He quickly struck up a conversation that I really didn’t want to have, finally inquiring as to whether I was waiting for someone.

“My mail-order bride is arriving,” I told him.

“Mail-order bride?” The dodgy, unsuccessful card cheat had the nifty habit of repeating, as a question, almost everything I said. Perhaps he was a failed Jeopardy contestant.

“Her homeland is where 98% of all Macadamian nuts are grown,” I said.

“Have you ever met her?” my new friend asked.

“Paloma? No. We’ve exchanged a lot of e-mails, though, and I know she likes butter.”

“Butter?” He furrowed his brow. “Ever seen her picture?”

His expression grew more quizzical. “Well, how will you know her?”

“She’ll be wearing the native, ceremonial headdress of her country.”

Paloma arrived and we greeted each other with a hug. We walked off, holding hands, quite possibly leaving the failed card cheat under the impression that somewhere there is a distant land called Macadamia whose women like butter and a baseball cap with a cartoon monkey is considered ornate head ware.

Nanci Griffith – Outbound Plane
from The MCA Years: A Retrospective

Peter, Paul And Mary – Leaving On A Jet Plane
from The Best of Peter, Paul and Mary: Ten Years Together

This entry was posted on Saturday, July 11th, 2009 at 2:40 pm and is filed under airports, Drive-By Truckers, escapism, M.I.A., Nanci Griffith, people watching, Peter Paul And Mary, random musings, travel, wanderlust. You can follow any responses to this entry through the RSS 2.0 feed. You can leave a response, or trackback from your own site.

2 Responses to Amish In The Airport, Failed Card Cheats, And My Imaginary Mail-Order Bride