I Could Grow A Beard, I Could Be A Champion 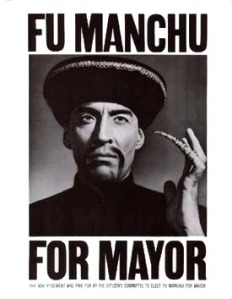 I’m ever vigilant for opportunities to add to my list of accomplishments. You know, new feathers for my cap and such.

Opportunity presented itself the other day as I read of some kid who, mere days ago, was declared a winner at the World Beard & Moustache Championships.

This seemed to be the kind of thing that is the calling of a select few – like climbing Everest or finding the image of Jesus in a grease spot on a pizza box.

And, best of all, unlike those feats, growing a beard requires absolutely no effort, focus, or even consciousness from me. Even ordering a pizza demands some expenditure of energy.

However, in the time it takes to order, receive, and eat a pizza, my beard would grow…well, it would be an imperceptible amount, but it’s still doing its thing at, I’ve read, the rate of one half inch a month.

There are numerous, intriguing categories in which to compete. In the partial beard division alone there is the Musketeer, Imperial, and the Alaskan Whaler.

These championships are held every two years so I have time to become a follicular force.

(Paloma has promised her full support)

For the moment, I’m leaning toward the Fu Manchu. Some fellow named Ted Sedman took the title at the 2007 championships in Brighton, England and I have already penciled him in as my latest arch-nemesis.

I figure that the Fu Manchu balances a sinister, malevolent vibe with a quiet, sinister dignity. I can imagine responding to the knock of the pizza delivery guy, throwing open the door, muttering something in an unintelligible growl, and pausing for a split second to offer a threatening scowl.

He would certainly flee in terror, unconcerned with payment, leaving me and my Fu Manchu to enjoy our free pie.

In the meantime, some acts that might be formidable bearded and/or mustachioed competition…

Bee Gees- You Should Be Dancin’
from Saturday Night Fever soundtrack

I was nine when Saturday Night Fever ruled the world. At the time, I couldn’t have cared less and was indifferent when I received the double album as a gift. I imagine that soundtrack was probably the default gift for a lot of folks that Christmas.

As for the movie – I didn’t see it until twenty years later. It was on late night television one night in a hotel in Stratford-On-Avon. I was trekking through the UK with two friends and had just returned to the room. I decided it was a good time to check it off the list.

I also knew that the aunt of another friend had worked on the lighting and appeared in the nightclub scenes. I immediately recognized her the moment she appeared on screen (though I’d never met her).

She resembled an older version of my friend in drag.

(and, as either gender, this friend wasn’t as dashing or as bearded as Barry Gibb)

I can’t picture The Call’s lead singer Michael Been and not think of him as the apostle John in the movie version of The Last Temptation Of Christ. Of course, the few pictures that I’ve seen of the band always find him bearded, too.

As for the underrated The Call, the band had a strong following on college rock when I was smack dab in that format’s demographic. Let The Day Begin was probably their best-known song and the rousing anthem featured actor Harry Dean Stanton (who also appeared in The Last Temptation Of Christ) playing harmonica.

George Michael – Cowboys And Angels
from Listen Without Prejudice, Vol. 1

I’m not sure if there’s a stubble division among the beard and moustache aficionados, but the most famous facial scruff of the late ‘80s/early ‘90s had to have belonged to George Michael (toppling Miami Vice’s Don Johnson from his pedestal).

Kenny Loggins – This Is It
from Keep The Fire

I wouldn’t describe myself as a fan of Kenny Loggins, but This Is It served as the theme of the 1979 NCAA basketball championship when the hoops world was formally introduced to Bird and Magic. So, that is certainly noteworthy.

Also, the bearded Loggins was accompanied on the song by Michael McDonald on background vocals, making This Is It a two-for-one in the musicians’ pantheon of facial hair.

This entry was posted on Sunday, May 24th, 2009 at 1:09 pm and is filed under beards, Bee Gees, delusions of grandeur, facial hair, George Michael, Kenny Loggins, moustaches, The Call. You can follow any responses to this entry through the RSS 2.0 feed. You can leave a response, or trackback from your own site.

2 Responses to I Could Grow A Beard, I Could Be A Champion