Damn You, Christopher Cross And Your Siren Song Glamorizing An Outlaw Way Of Life And Stirring Up Feelings Of Wanderlust 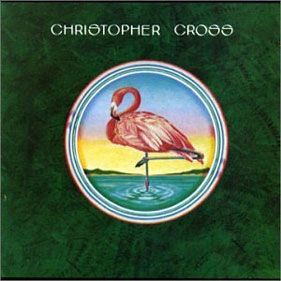 As I made my way to work the other morning, one of the 20,000 songs on my iPod randomly popped up and, as it played, it prompted an epiphany. The revelation was spurred by the gentle strains of erstwhile yacht rocker and flamingo enthusiast Christopher Cross – it surprised the hell out of me.

He was declaring his intention to ride like the wind (with some help from Michael McDonald).

I was twelve when I first heard this musical mission statement and it was in my seventh grade homeroom class. Our teacher, Mrs. Wilson, was a willowy blonde with a megawatt smile (she could have stepped out of a Beach Boys’ song) who would let us play albums every Friday afternoon. Christopher Cross was her choice.

Outside, it was raining – a dreary backdrop to compliment the ennui of our small town in the rural Midwest. Inside, Christopher Cross was a renegade troubadour, boasting how he “always spoke [his] mind with a gun in [his] hand” as he fled for the border of Mexico.

Of course, some time later when I saw this portly desperado on Solid Gold it was obvious that he was more likely to speak his mind with a ham sandwich in his hand and – if he was fleeing anywhere – it would probably be to a buffet and a heaping plate of everything smothered in gravy.

It mattered not; his imagery had triggered something in me. I, too, wanted to ride like the wind, far beyond the bowling alley on the far outskirts of our town, beyond which was the rest of the world.

I’m not sure if Christopher Cross is completely responsible, but he certainly helped me to tap into the inner nomad I hadn’t known existed. And, after some consideration, for whatever part he played, perhaps I owe him a thank you. Without him and his desire to ride like the wind, there’s a lot of the world I might have never felt compelled to see.

Christopher Cross – Ride Like The Wind
Nearly twenty years after this song was a hit, several friends and I were playing pool at a bar where we were regulars. There was the consumption of alcohol and one friend opted to select Ride Like The Wind on the jukebox. As it played, a college kid came up to us, pointing back to a friend at the bar, he informed us that “this song is by my friend’s dad.” Yes, it was Cross’ son. Nice kid, but he couldn’t explain the flamingos that adored all of his dad’s album covers.

Christopher Cross – Sailing
The one-two punch of Ride Like The Wind and Sailing had me hooked and I, like some five million other people, had a copy of Cross’ debut album. So wispy it’s barely there, I still get “lost in the reverie” whenever I hear this song. The man obviously was looking to escape to somewhere, but, as opposed to the former song, on Sailing, Cross was in no hurry to get there.

Christopher Cross – All Right
Cross took three years between his debut and follow-up album – a ridiculously long period at the time. Not only did the rest of the world move on, but I made the quantum leap from twelve to fifteen which is twenty-one years in dog years and during that time I, like the rest of world, came to he startling realization that flamingos and rock and roll don’t mix. Twenty-five years later, I find All Right to be pleasant enough.

Christopher Cross – No Time For Talk
To satisfy my OCDish need to post a quartet of songs, I needed one more. Despite the involvement of Burt Bacharach, I wasn’t feeling Arthur’s Theme and I fear someone would knock at my door and demand my testicles if I opted for the steaming pile of mawkishness that is Think Of Laura (at least I could tolerate the former). Like All Right, which also was on his follow-up, No Time For Talk is pleasant enough.

This entry was posted on Thursday, June 5th, 2008 at 12:00 am and is filed under childhood, Christopher Cross, epiphany, Michael McDonald, wanderlust, yacht rock. You can follow any responses to this entry through the RSS 2.0 feed. You can leave a response, or trackback from your own site.

8 Responses to Damn You, Christopher Cross And Your Siren Song Glamorizing An Outlaw Way Of Life And Stirring Up Feelings Of Wanderlust